After our long, emotional day yesterday, we thought that we would take it a little easier today. We decided to head for the coast and check out Calais and Dunkirk. It was a nice hour and half drive through the beautiful French countryside. We got excited to see the exit for the chunnel to England and thought that maybe we would just pop over and back just for fun. However, after looking into it a bit, we decided that it was probably pretty silly and quite expensive. So, we continued on a couple of miles past Calais to Saint-Inglevert. The Calais Canadian War Cemetery contains 704 Commonwealth burials of the Second World War, 30 of them unidentified. There are also seven Czech and 19 Polish war graves. It was humbling seeing so many Maple Leafs on the tombstones – many from the Royal Winnipeg Rifles. The men were so young, some only 19 and 20.  It seems such a waste.

We wandered around there for about a half hour and then made our way back towards Dunkirk. We parked near the pier and walked along the wide expanse of beach. Though the day was windy and fairly chilly, it was great to be near the water again. We watched the waves roll in from the English Channel as the wind played havoc with the sand and sea. We walked to the end of the beach and after skirting around some construction found the memorial from Operation Dynamo. With a combination of hard fighting and German indecision, the port of Dunkirk was kept open allowing 338,000 Allied troops to be evacuated.  If you haven’t already, a must see is the movie Dunkirk which portrays this 1940 operation.

We considered the day complete and headed back to the car and our temporary home in Lille. Tomorrow we pack up again and drive down to Caen, stopping along the way at Vimy Ridge, The Beaumont – Hamel Newfoundland Memorial and Dieppe. Another emotional day I am sure. 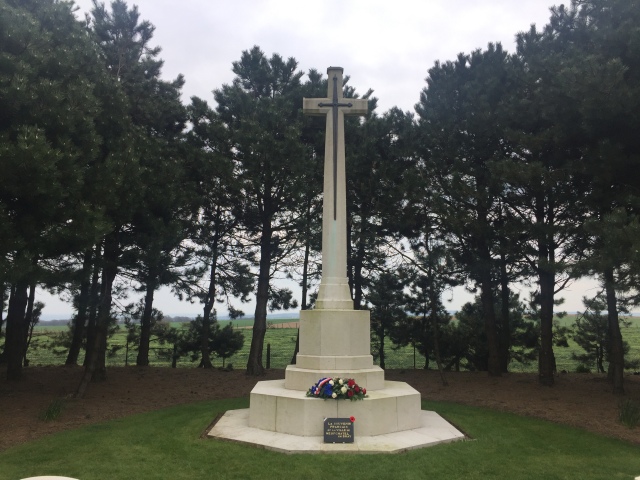 As Col had mentioned there were a lot of Royal Winnipeg Rifle inscriptions on the grave stones which made us feel very connected.

The google translation for below is:  To the glorious memory of the naval airmen and soldiers of the Frankish and Allied armies who sacrificed themselves in the battle of Dunkirk May June 1940

On the  lighter side here is Col posing by the Old Fashioned change rooms on the Dunkirk beach.

Our Toyota Hybrid which has been getting us around to the memorial sites.  A big shout out to my wife who has been doing all the driving and has already taken me to some memorials I had not even thought of.  Good job honey!!! 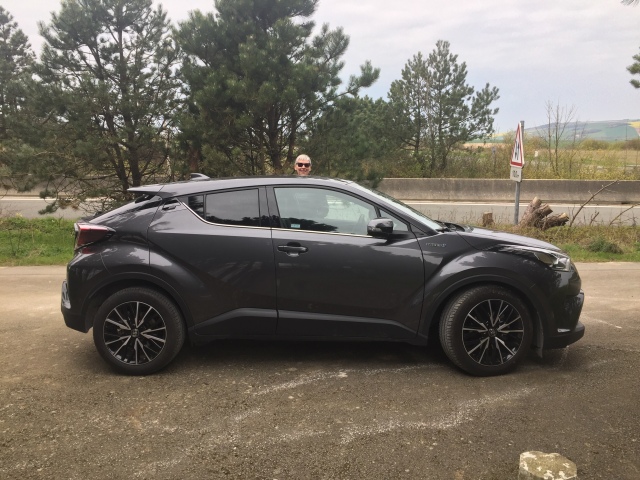