As we travelled across the wide open prairies from Alberta to Manitoba, we couldn’t help but comment on how large the space is compared to the countries in which we had just travelled. We are so spoiled here in North America with the amount of space that we have that we have become lazy with our resources and our stewardship of the environment. In all the countries that we visited, laundry is hung, not thrown into a dryer, public transport is used rather than individual vehicles, and recycling is a big part of the garbage program in Europe of which we have only just begun to establish. We have made ourselves a vow to live simpler and more conscientiously. That should be pretty easy when you are living out of a 400 square foot motorhome!!

We decided to drive straight through and arrived at the Russell Peace Park at 1:30 AM so thought that it might be a little late to call in on my Mom. After a few hours sleep, we walked over to my mom’s and as she wasn’t expecting us until later in the day, she was almost speechless. It was a wonderful reunion and we spent a couple of hours hugging and talking before it was time for her to head to church.

We spent the next couple of days with my family but got some tragic news on Tuesday evening. Richard’s Dad passed away at 5:30 PM after spending a satisfying day planting his garden. It was quick and sudden and though a blessing for him, it left the rest of us reeling in shock. We said hurried goodbyes to my family and early Wednesday morning headed down to Pine Falls to be with Richard’s Mom and siblings. We grieve that we were unable to see him before his passing and share some of our stories with him. He loved life and whenever Richard spoke to him during our journey, he was interested in the history of the area and the things that we were doing. His sense of humor was always present and we are quite sure that he and St. Peter are sharing a chuckle as Bertie says “Have you heard the one about….?” We will miss him immensely!!

We have parked our camper at Robin and Garrett’s and though we’ve been here less than 24 hours, we have already fallen head over heels in love with Scottie, born last September. It has only been a year since we left but it is unbelievable how much the other two girls have grown. Allison is a young lady now at the age of five, graduating from Pre-K at the local French school and Landyn is talking non-stop with questions about absolutely everything. So much fun!!  Though I was lucky enough to see Luke for a few minutes yesterday as well, we will hopefully be able to see more of Logan and Luke today or tomorrow, the last of our grandchildren to see.  Looking forward to it.

The next few days will be busy with funeral arrangements, family visits and catching up with everyone. Though the circumstances are not how we had planned or hoped, we are glad to be home with our family. 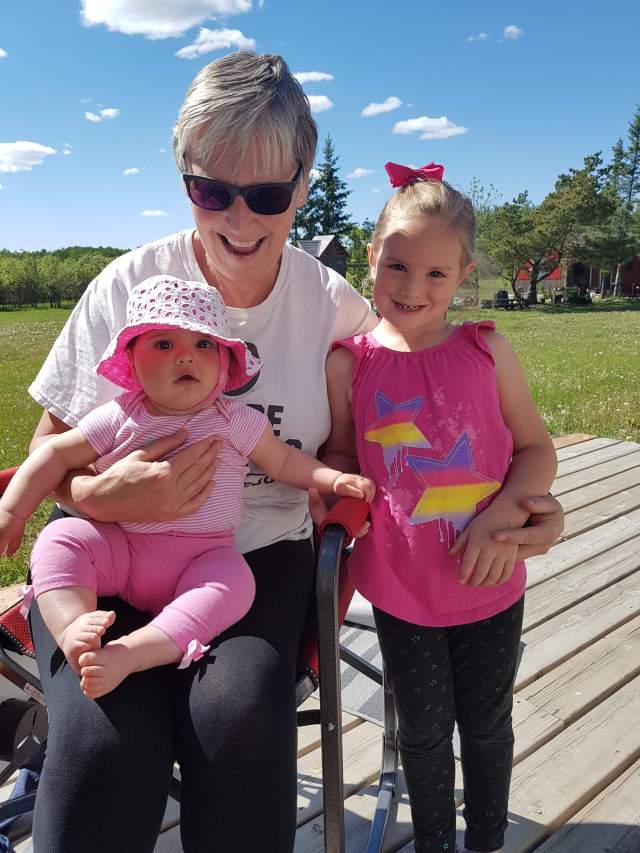 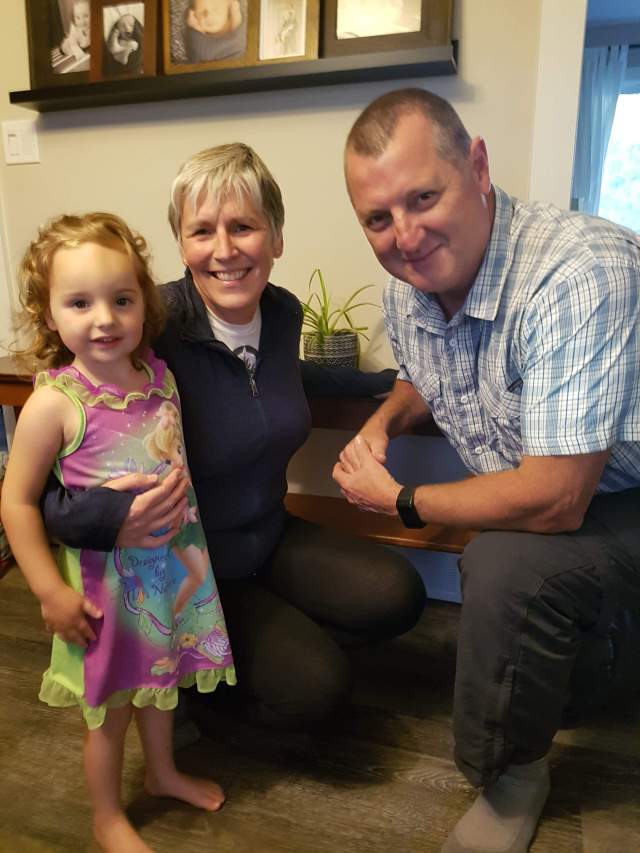