We arrived at our BNB on Monday evening in the pouring rain. Amazingly enough, it was the first time in almost 11 months that we arrived at a destination soaking wet. We managed to meet our host and get inside. Once we dried off and settled in we had a very nice chat with our hosts. Coincidentally they both work for Air BNB which is located in Dublin and is the app that we use to find all of our travel homes. How interesting. They gave us some ideas to keep us entertained for the next couple of days and we finally headed off to bed.

This morning we hopped the bus towards downtown with our first stop being at Trinity College where Richard went to see the Book of Kells. This is a library that houses many old manuscripts, the most famous being the gospels. These date back to 800 AD. He will have to give you more details on that. From the college we tracked down the statue of Molly Malone. Though she was not a real person, she has become famous as the subject of the very popular Irish folk song “Sweet Molly Malone”. It tells the story of young Molly who is a fishmonger and peddles her wares up and down the street. Unfortunately, life is not kind to Molly and she dies of a fever. Why this song became so popular, I really do not know. Regardless, we joined the rest of the folks lined up to see her and took our turn taking her picture. Ah, sweet Molly Malone.

After lunch, we stopped at St. Patrick’s Cathedral founded in 1191. It is the National Cathedral of the Church of Ireland and with its 43-metre spire, St. Patrick’s is the tallest  and the largest church in Ireland. Just down the street from St. Patrick’s is Christ Church Cathedral, Dublin’s oldest building and spiritual heart of the city. It was founded in 1030. Both churches are spectacular and well worth a visit.

Our next stop was Dublin Castle – which doesn’t really look like a castle at all! It is a major Irish government complex, conference centre, and tourist attraction. Until 1922 it was the seat of the British government’s administration in Ireland. It was a key target during the Easter Rising of 1916, which marked the first step towards the end of British rule in Ireland. We decided not to tour this “castle” and moved on to Temple Bar.

Now, Temple Bar is actually a busy riverside neighbourhood, spread over cobbled pedestrian lanes. It is home to many pubs, restaurants and quirky shops. We had heard that a visit to Dublin would not be complete without stopping into the Temple Bar Pub. So, that’s what we did. It was a Tuesday afternoon and the place was packed with people – most of them singing along with the musician on stage. It was incredible and it wasn’t long before we found ourselves singing along too. It was quite infectious. We ended up staying for an hour or so, just drinking in the whole atmosphere (as well as a couple of beers and a G&T).

Leaving Temple Bar, we crossed the Ha’penny Bridge. It is a pedestrian bridge built in May 1816 over the River Liffey and is officially called the Liffey Bridge. However, locals still call it the Ha’penny Bridge because when it was first built, a toll of a half penny (ha’penny) was charged to each pedestrian to cross. This toll continued to be collected for 100 years and in 1919 the turnstiles at each end of the bridge were removed.

By this time, it was late in the afternoon and we turned for home. We debated about taking the bus back but in the end decided to walk. It was a little longer than we thought but we grabbed a bite to eat along the way so it wasn’t so bad. We’re planning our day tomorrow which will include a Celtic Night Dinner and Show. Now that should be fun!!

The Book of Kells

The Book of Kells, one of great treasures of medieval Europe, is an illuminated manuscript Gospel book in Latin, containing four Gospels of New Testament (Matthew, Mark, Luke and John) together with various prefatory texts and tables. It was created by Celtic monks some time around 800 AD. It is a masterwork of Western calligraphy, employing decoration that is not only extraordinarily rich and colorful but also, in places, deeply enigmatic. It is widely regarded as Ireland’s finest national treasure.  A very interesting part of the display was a demonstration how books were made in the 9th century. 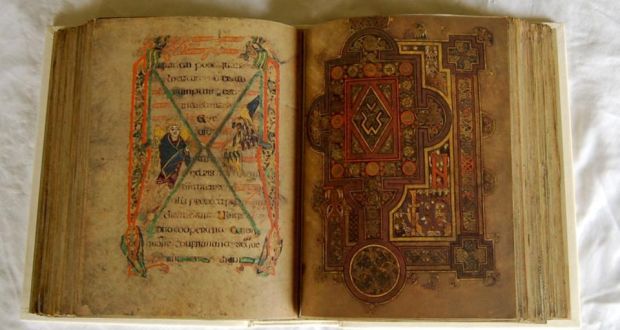 St. Patrick’s Cathedral and some of Ireland’s famous people buried there. 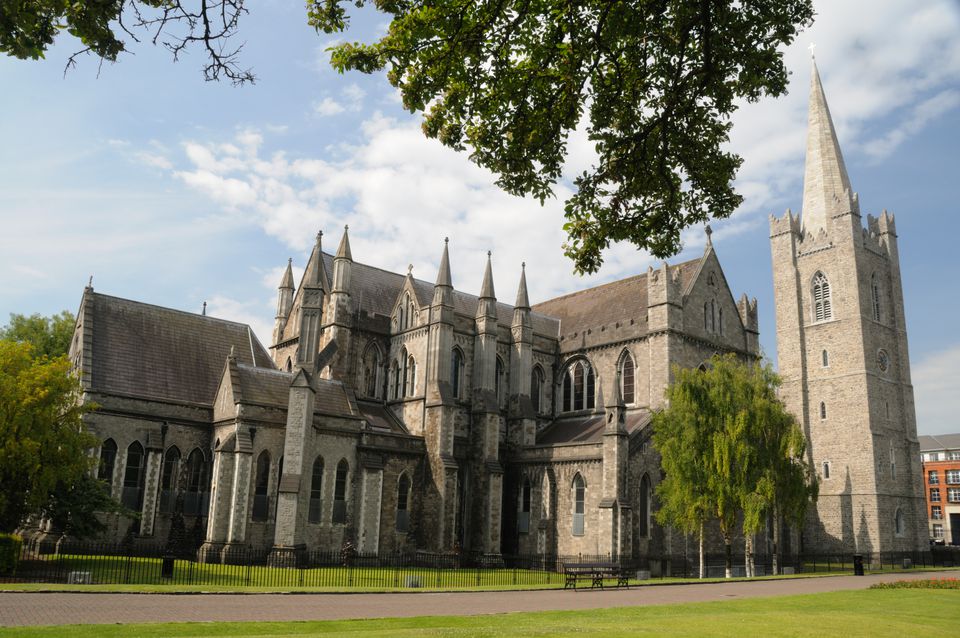 One thought on “Day One – Dublin”