Today we were able to drop off the car. Even though we enjoyed having it and it was great to get in all those out of the way places, all those out of the way places are ridiculous to drive in. I don’t know whether either one of us was ever completely comfortable behind the wheel. If you are ever visiting the UK and decide to drive, just remember that there are 67 million people in a country that fits three times into the province of Manitoba. So, left hand driving, lots of cars, lots of roundabouts and in many places, very narrow roads – it does not lead to a completely stress free vacation. Anyways, before we dropped the car, we went for lunch and then walked over to Stirling Bridge. This is the bridge where William Wallace defeated the much more powerful English army in 1297. The existing bridge however is not the original bridge but rather a stone bridge that was built during the 1500’s. Nevertheless, it is pretty impressive. We wandered around the park there, read the storyboards, took some pictures and said our goodbyes to Stirling.

Once we dropped off the car, we caught a train to Glasgow. It was a very short ride – only 30 minutes – so we were much too early to check in at our BNB. We walked down the main tourist street and were stopped by a very exuberant fellow. He had seen the Canada flags on our backpack and wanted to chat. He is originally from Glasgow but now lives in PEI. He is here now visiting his elderly mother and enthusiastically told us about the Tim Horton’s just around the corner and gave us directions to a couple of other places. He ended the conversation with “Keep your stick on the ice and keep your fu_ken head up” and headed off into the crowd. What a cool way to be greeted in Glasgow!!

We headed out of Inverness and set our GPS to the Doune Castle, about a three hour drive towards Stirling. Today I was driving so Richard was able to see the beautiful scenery that he missed on the way up north. It rained off and on but for the most part, the drive was pleasant.

We arrived at Doune Castle at 1:00, had a quick lunch of pre-prepared sandwiches and headed inside. Doune Castle is a medieval castle built during the 14th century by Robert Stewart, Duke of Albany. Doune reflects current ideas of what a royal castle building should be. It was planned as a courtyard with ranges of buildings on each side, although only the northern and north-western buildings were completed. These comprise a large tower house over the entrance, containing the rooms of the Lord and his family, and a separate tower containing the kitchen and guest rooms. The two are linked by the great hall. Though the castle has received restoration over the years, it is still very much like the original. We know this castle for the movies and TV shows that have been filmed here. It was the main filming location of Monty Python’s “In Search of the Holy Grail”. In fact, the audio tour is done by none other than Python’s Terry Jones. This entertaining tour features audio clips from the movie and a lighthearted, informative narrative of the castle itself. The castle has also been featured as Castle Leoch in the series Outlander and Winterfell in Game of Thrones. We felt that of all the castles we have seen to date, this one was the most authentic and well preserved. If you are ever in Scotland, this is a must see.

From the castle we drove onto Stirling and stopped at the Wallace Monument. This monument is a tribute to Sir William Wallace who fought for Scottish freedom against the English King Edward I, also known as Edward Longshanks. The most famous battle was fought at the Stirling Bridge where the Scottish delivered a resounding defeat to the English troops. This made Wallace a hero in the eyes of his Scottish peers. If you have watched Mel Gibson’s Braveheart, then you will know that things did not turn out so well for Wallace. In 1305 Wallace was captured, drawn and quartered and his head was set on a spike for all his comrades to see. I think that the British thought that this would end the rebellion of the Scottish but as we know from history, war raged between the two for almost another 500 years.

We stopped at our BNB, dropped our bags and decided to walk up to Stirling Castle. The rain that had threatened all day finally fell and most of the walk up was with the umbrella. By the time we reached the top, we were informed that the castle had closed for the day. Though we weren’t planning to tour the interior anyway, we had hoped to get some pictures of the courtyard inside the walls. However, we had no such luck and we headed back down the hill. We stopped in the old part of town for a bite to eat (Richard again had some haggis which he seemed to like), headed back to the BNB, made some popcorn and settled in to watch, of course, The Holy Grail. It just gets better everytime we see it – especially now that we have see the the film locations.

Today we drop off our car and head to Glasgow by train. In a couple of days we are in Ireland and then Canada. Where has the time gone?!?!

This picture is of the section in the kitchen where the fire was for cooking.  It was large enough to accommodate and entire cow on the spit.  The picture below show a section of the wall where the knives were sharpened.

Col and I posing with coconuts which were used to make the horsey hoof sounds in the Holy Grail movie.

Our favourite scene of the Castle from the Monty Python movie. 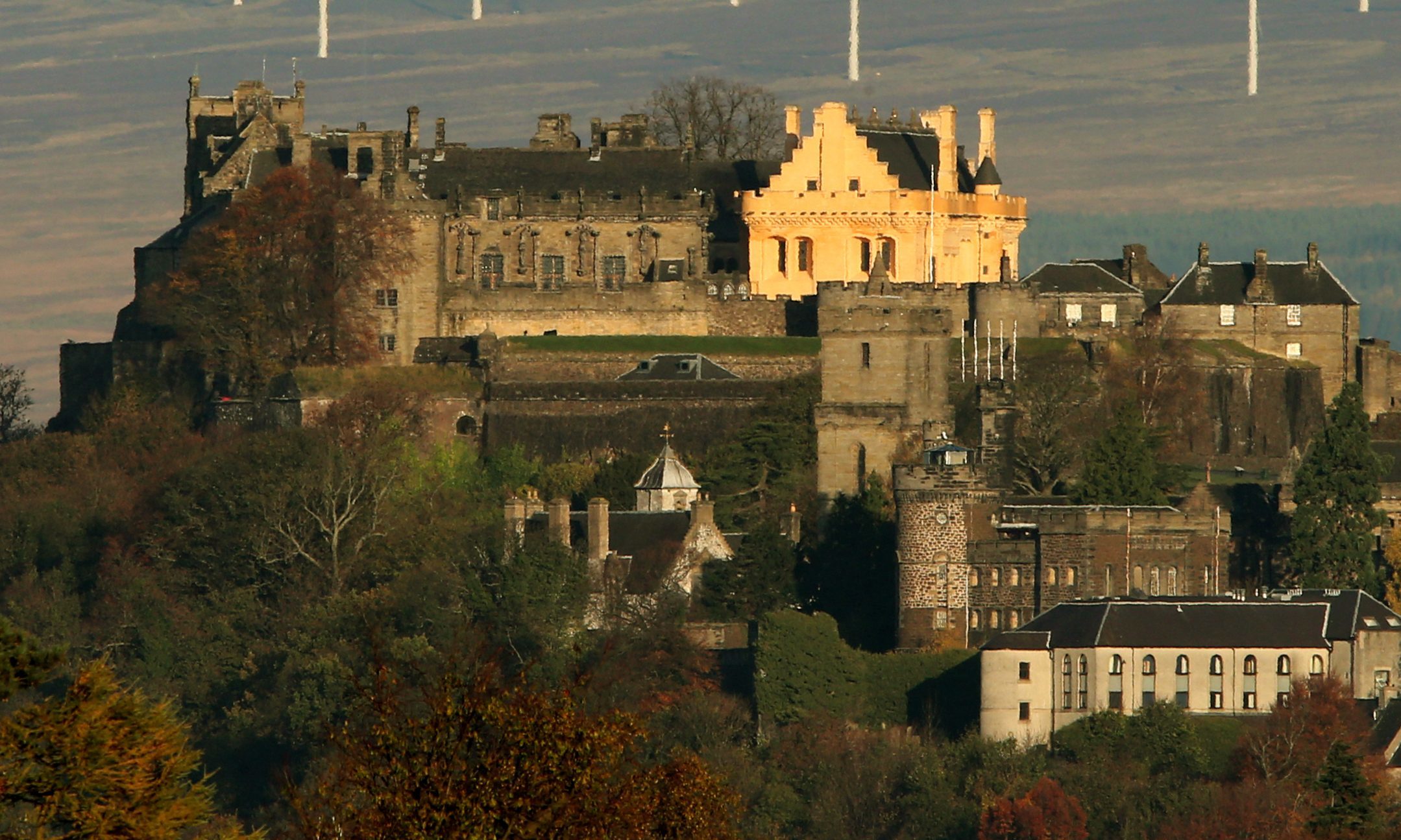 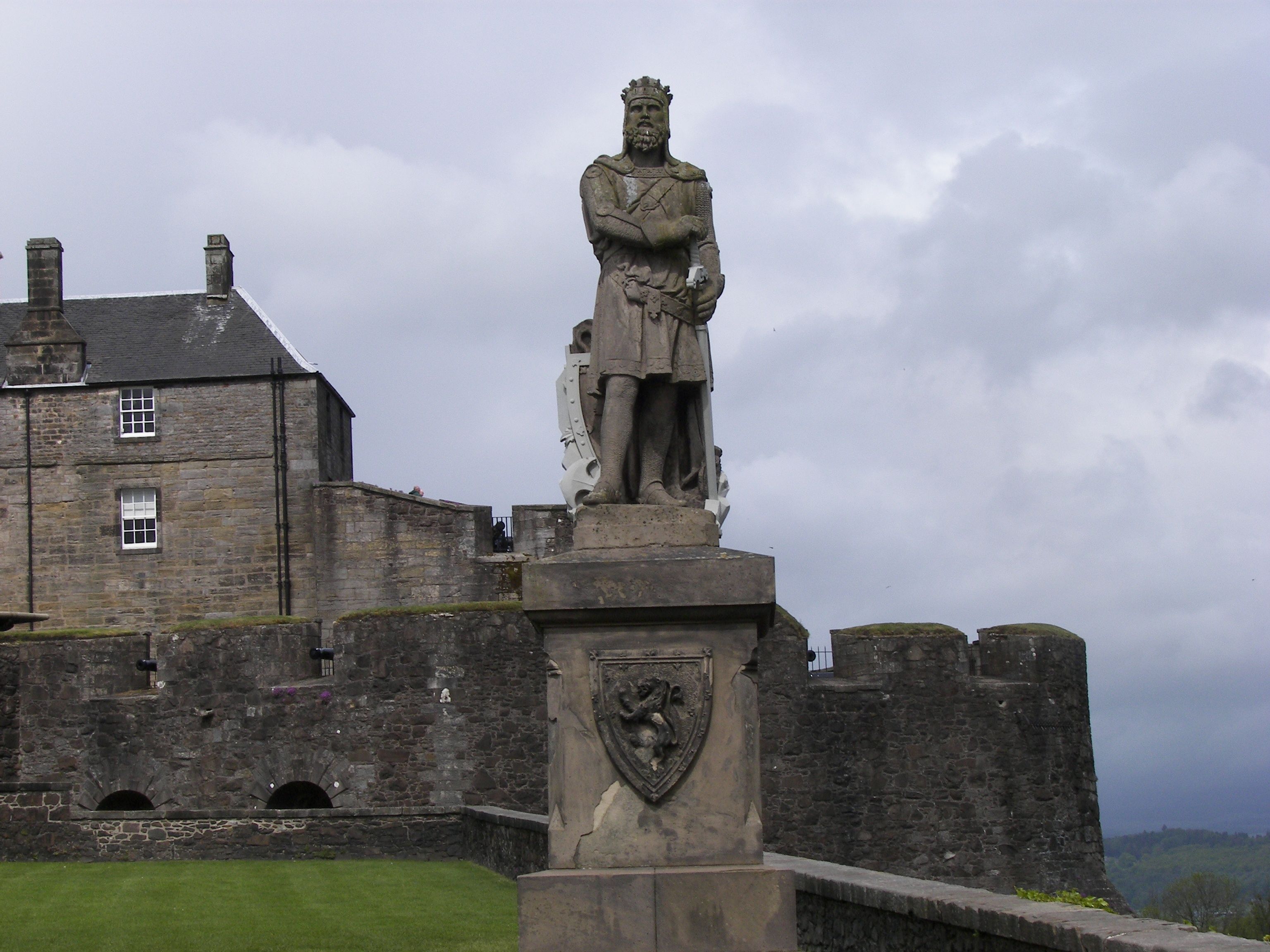 My second meal of Haggis.  Not sure why people back home don’t like it.  I think it tastes fine.