We packed up our bags in Cheltenham, said goodbye to our BNB hosts and headed back up to Tamworth. We arrived at Ron and Glenys’ at about 10:30 and we headed out to explore the town. For us history buffs, Tamworth is a wealth of interesting facts. It has roots back to the Middle Ages and was made into an important place by King Offa of Mercia (a Saxon kingdom that roughly corresponded to the Midlands of England). Offa reigned from 755 to 796. He built a palace at Tamworth and it could be said that Tamworth was the capital of Mercia. However it was burned by the Danes in 874. Tamworth was rebuilt in 913 by the Ethelflaeda,  King Alfred’s sister. She was called the Lady of the Mercians. Anyone who has watched “The Last Kingdom” will know these names well. Tamworth was destroyed again but a fortified castle was built by the Normans and this castle is still standing today. We wandered through the rooms and up the staircases of the castle and were able to get a very good glimpse of how life was during the ages. The town was destroyed by fire in 1345, visited by the plague in the 16th and 17th centuries and was home to Sir Robert Peel, who was the Prime Minister during Queen Victoria’s reign. Because of Peel’s Manifesto which laid down the principles upon which the modern British Conservative Party is based, there has been some talk of moving Parliament to Tamworth and declaring it the capital city.  Based on the restoration project that is taking place on the Parliament buildings in London, my opinion would be that it will not be happening anytime soon.

We stopped for a Sunday carvery lunch at the local pub – roast pork and roast turkey with yorkshire pudding and all the fixings before heading off to meet Glenys’ sister Elayne in Polesworth. On the way we stopped at the house where Glenys and her sister grew up and where their father lived until his death. Another 10 minute drive brought us to Elayne’s. We had a wonderful visit and the five of us chatted like old friends. Before we knew it, it was time to leave. We had a two hour drive to our BNB in Wales and thought that we should get on the road. We said our final goodbyes and I believe that we will definitely see each other again – either back here or maybe even in Canada. So wonderful connecting with family!!

Though most of the drive to Wales was uneventful, we did run into a little bit of a problem navigating some of the narrow, winding roads that Wales is famous for.  However, we arrived at our BNB about a half hour west of Welshpool at about 8 PM. We are staying on a working farm with cattle and sheep. It is so peaceful and so very beautiful. The weather promises to be very nice for the next few days so we are very excited about wandering through the Welsh countryside. I hope that the pictures will do it justice.

In Tamworth you will find a monument to the Enigma Code and to Colin Grazier who was from Tamworth.  Colin helped capture enigma code books from a German U-boat.  Before drowning he and his companion from Scotland were able to hand the code books to a young seaman who was able to deliver them to naval intelligence.

The day before we took this picture we were at the cemetery where Colleen’s great great grandfather is buried and Gleny had noticed a headstone with another connection to the enigma code.  How interesting that two people who lived so close played such a vital role in the cracking this code.  If anyone is interested there is a great movie that came out in 2014 called The Imitation Game which chronicles the group lead by Alan Turing and how they broke the code. 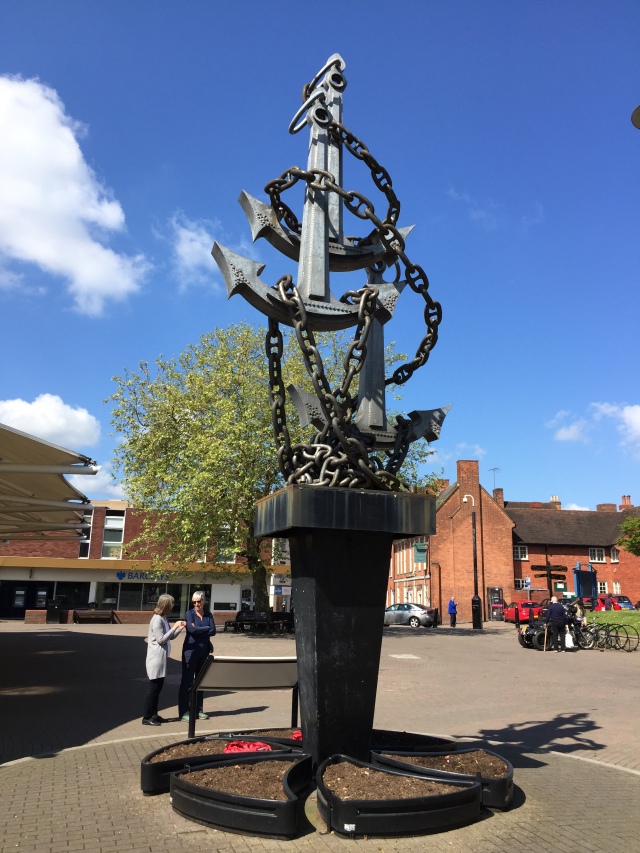 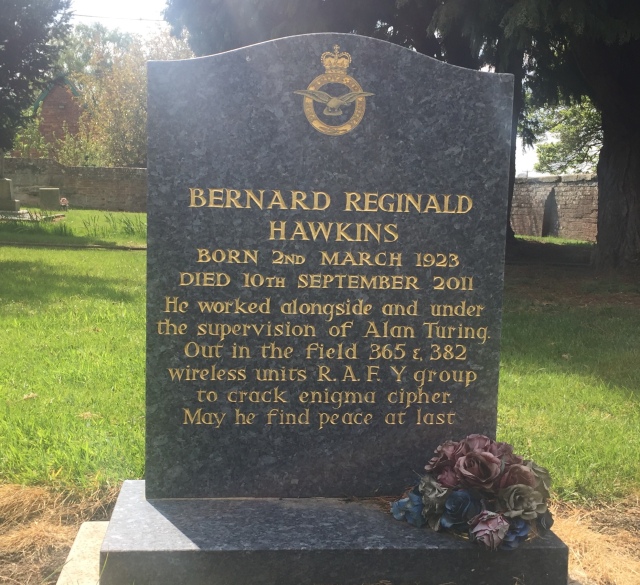 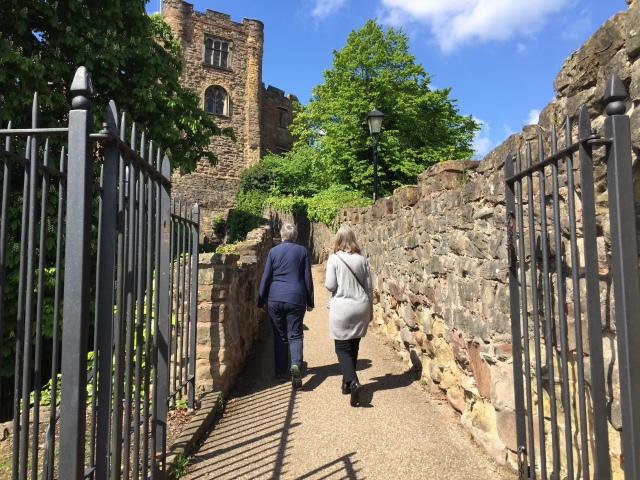 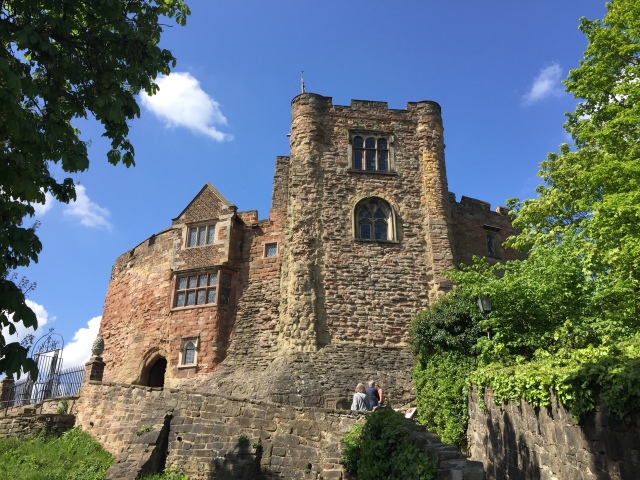 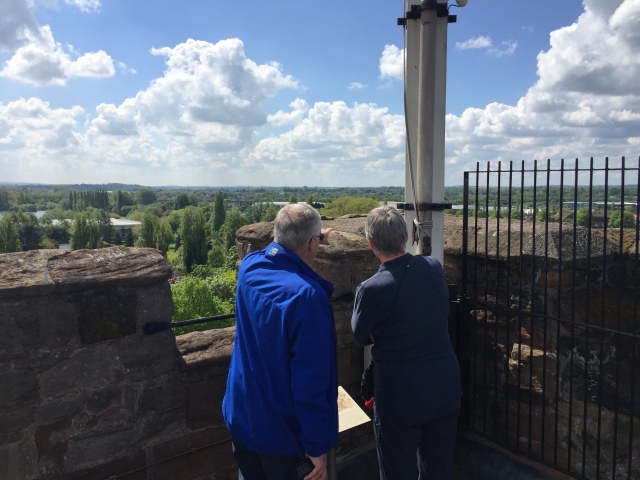 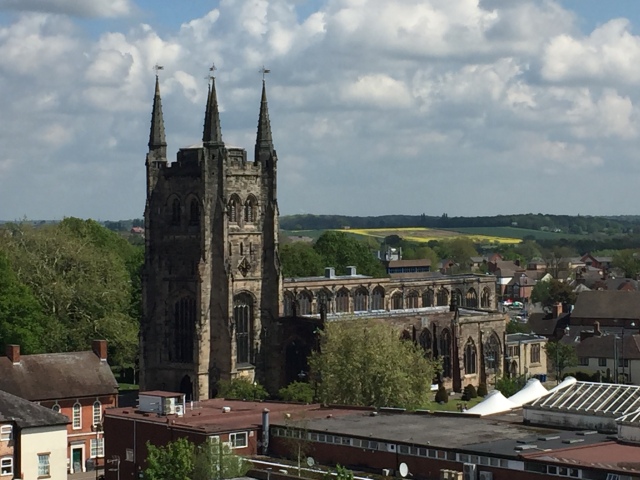 Col sitting in a seat carved out of rock – The Wishing Stone. What do you suppose she wished for? 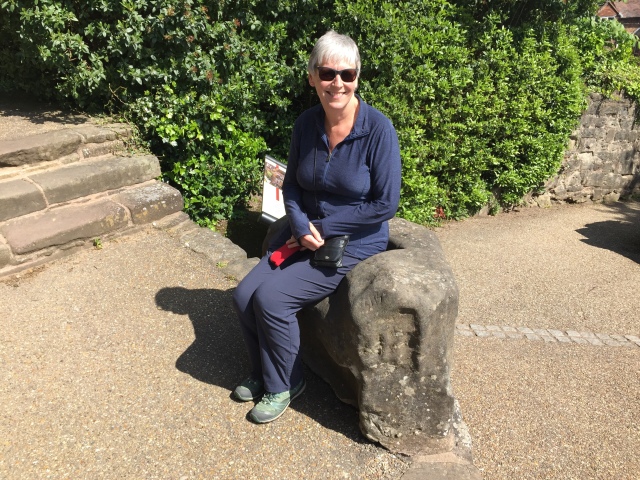 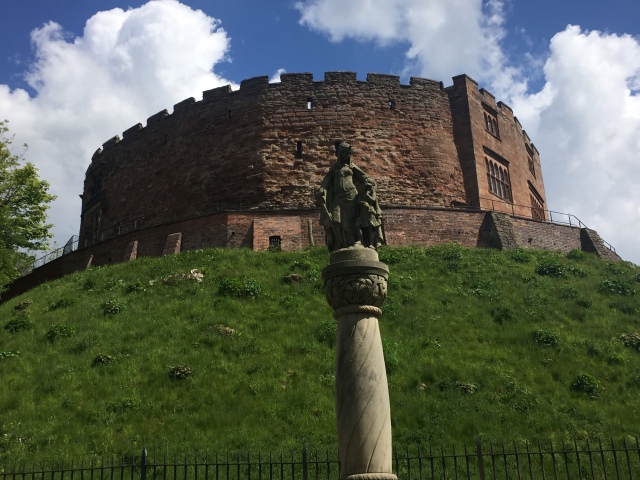 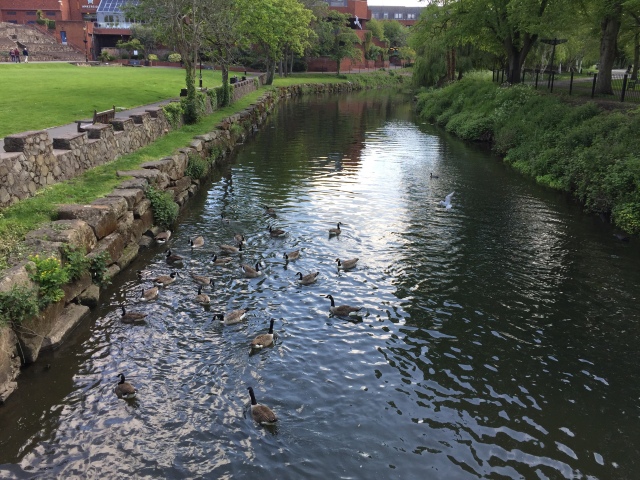 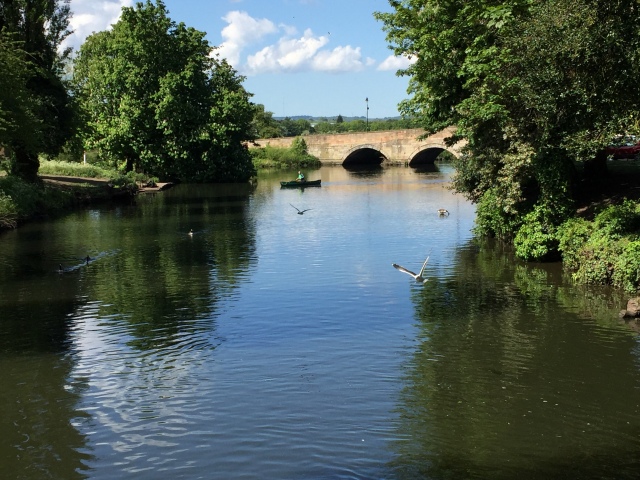 Col meeting her cousin Elayne for the first time. 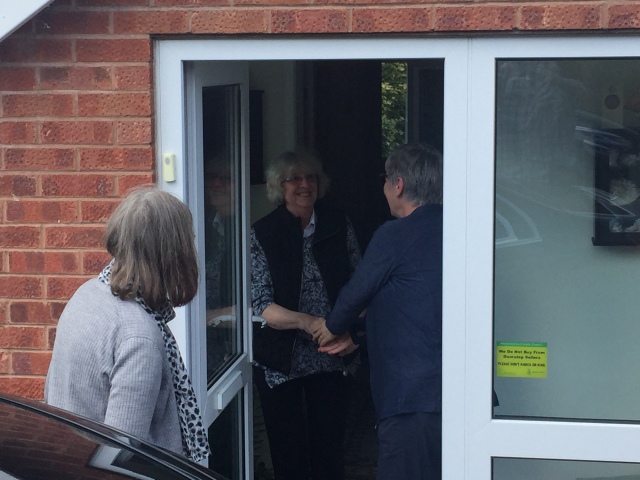 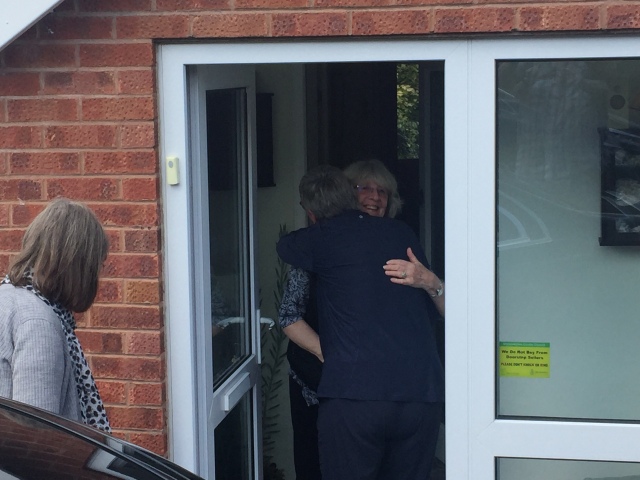 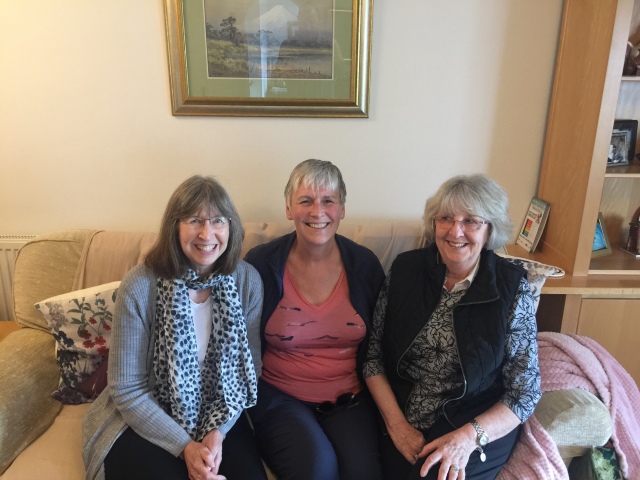 From left to right.  Richard, Glenys, Col, Elayne and Ron…. 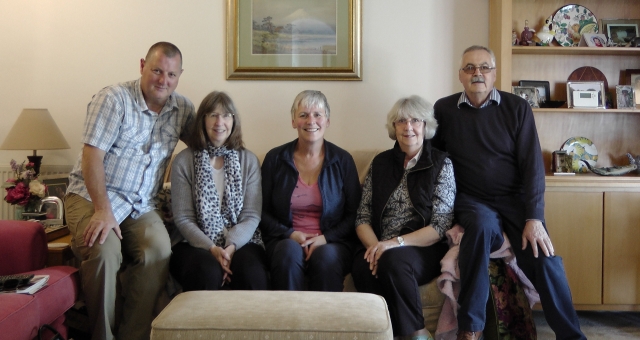