Today we rented a car and left London. We so enjoyed London and it will definitely be on the list of places to which we will return. The drive out of London wasn’t nearly as crazy as we had anticipated – busy yes, but GPS and Richard’s excellent driving skills  got us out to the country. A drive of about 3 hours found us in the quaint, medieval town of Salisbury. We stopped at the ruins of Old Sarum, a Roman Fortress built over an Iron Age hillfort in 43 AD. Once the Romans left, it fell to ruins but William the Conqueror saw its potential and rebuilt the fort and later a Cathedral on the site during the 11th century. However, the bishop had a falling out with the commander of the fortress and ordered a new Cathedral to be built about two miles from the fort during the early 12th century. The city of Salisbury rose around this Cathedral and the Fortress was eventually abandoned completely. There is very little left of the fortress or the Cathedral but the views from the hills are stunning. It is easy to see why this spot was chosen as the perfect defensive position.

From Old Sarum we drove down to our BNB and because we were a little early, decided to take a drive downtown. We found a parking spot and walked over to the Salisbury Cathedral. This Anglican cathedral is regarded as one of the leading examples of Early English architecture: its main body was completed in 38 years, from 1220 to 1258. We stopped at the cloisters first and were amazed to see a room displaying one of the original Magna Cartas. There are only four left in existence today and we saw one of them!! WOW!! The entire display is very well done. There are simple explanations of the history behind the Magna Carta and how it affected the generations that followed. This is one of those great surprises that are once in a lifetime discoveries.

After viewing the Magna Carta, we entered the cathedral itself. It is very impressive – definitely as impressive as any of the churches that we saw in Europe. Unfortunately, the massive pipe organ is currently under restoration but again, there were explanations as to how the organ works and how they will be restoring it to its former glory. We did get lucky however and were able to participate in the daily Evening Song of Choral Music. We both agreed that this was the best choir that we have heard on entire trip. Absolutely amazing!!

We got to our BNB at about 6:30, checked into our room and headed back downtown for supper. We walked this time because some of the roundabouts in this little town are very difficult to navigate and we decided that we had had enough for one day. A couple of drinks, a little bit of supper and we are ready for another adventure. Tomorrow we travel to Stonehenge, Avebury and Westbury to see the Chalk Horse. It should be great!!

Old Sarum.  Not much left from the original castle and church. 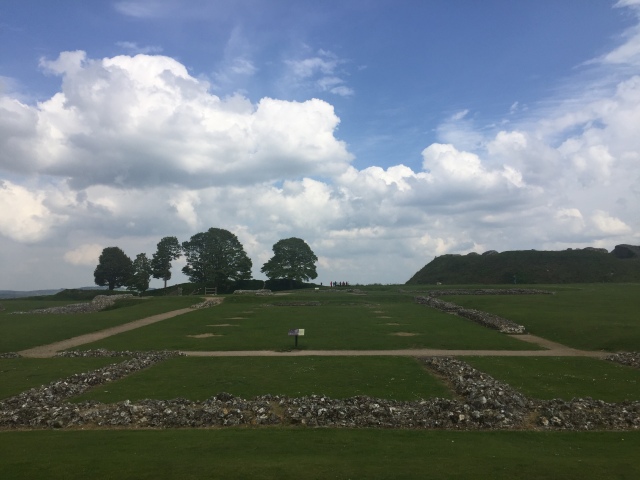 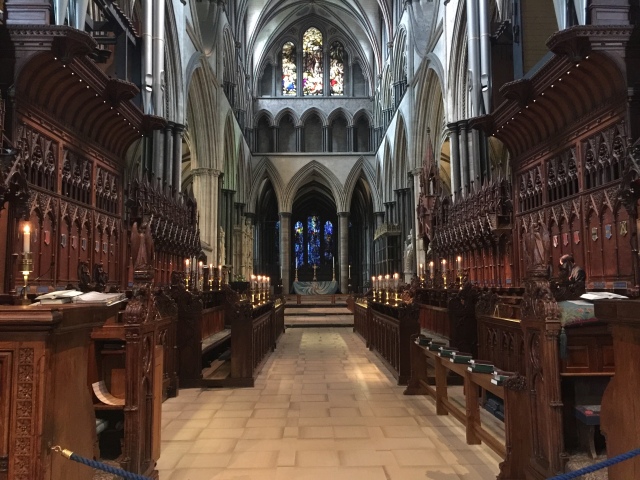 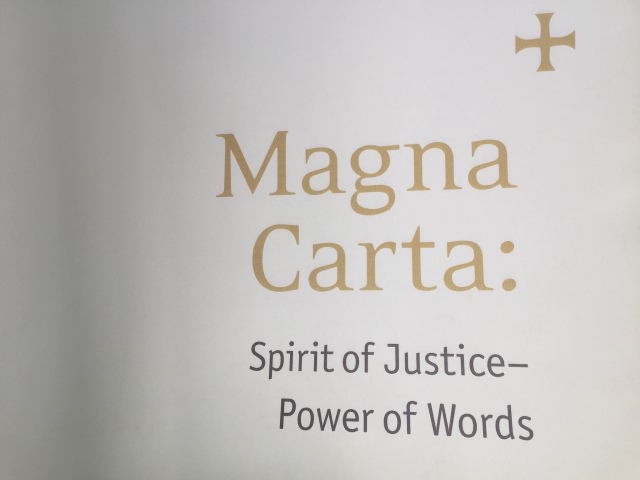