Today was the big day – Richard was off to see a football match (his first game ever) at the Olympic Stadium. I decided to tag along just to see what I could see. We hopped on the train at 11:51 with plans to be at the Stadium for 1 PM. We were going to have a bite for lunch and Richard hoped to buy a hat or a T-shirt at the West Ham merchandise store before the game at 3:00. However, that plan didn’t quite work out. Unfortunately, someone fell onto the tracks a little further down the line and the train was stopped for about an hour and a half . Emergency and investigative crews shut down the tracks leading north into the city so we were finally diverted to a little station on the west side of London.  From there we transferred onto another train to take us back downtown. Because it did not stop at our original connection point to the Stadium, I had to come up with another plan. Thankfully the train had Wifi so I was able to figure out a new route but as a result of all the delays and detours, we did not get to the park until 2:30. Richard and I agreed on a place to meet and he rushed off to the gate. He will have to tell you the story from here….

As Col mentioned above we arrived quite a bit later than scheduled so things did not go according to the way I had it planned out.  By the time I went to the washroom, stood in line for a giant grill dog and coke I had missed the warm up and the opening ceremonies.  The game basically started a couple of minutes after I arrived at my seat which happened to be great.  I was only ten rows up from the football field.  Great vantage point.  The former Olympic stadium holds 60,000 people. It was full to capacity and it was loud, especially when they broke into song which was quite often.  The English people are very passionate for their football. Overall it was a great experience and I am very glad Col let me go. 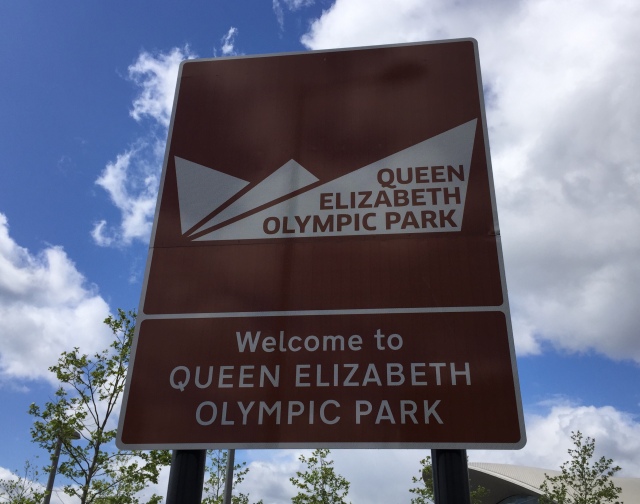 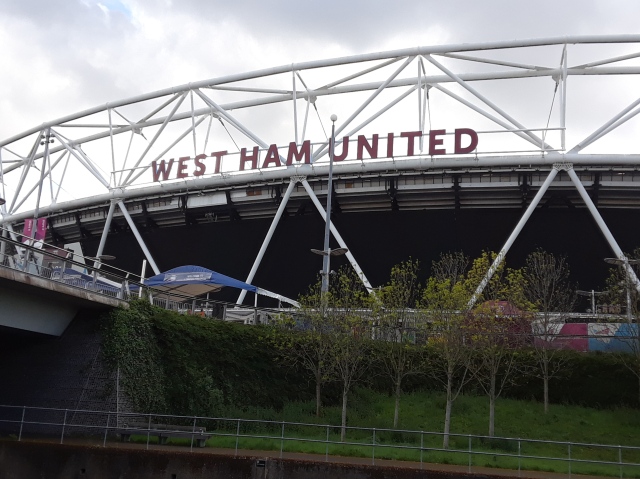 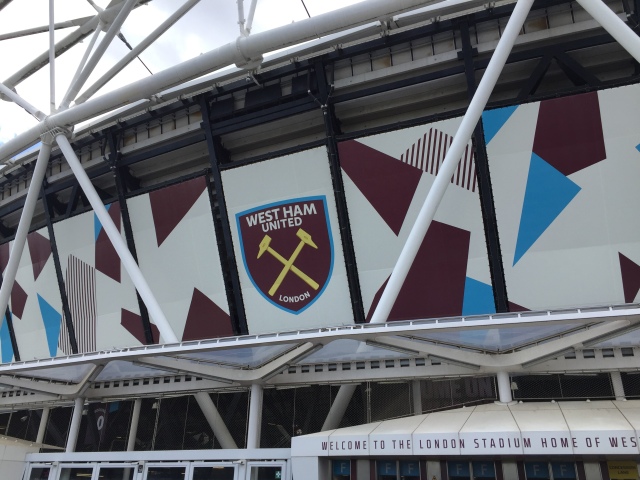 A couple of corner kicks….

In the video below you can see a section of the stadium below the giant scoreboard.  You can also see that there is a buffer zone on either side of it and there is also another section like this further up in the stands  behind it.  Those two sections are for the visiting teams fans.  They keep them separated to avoid brawls and hooliganism.  Even most of the local pubs will not admit visiting fans to avoid problems.  Yep, very passionate fans and perhaps a bit radical. 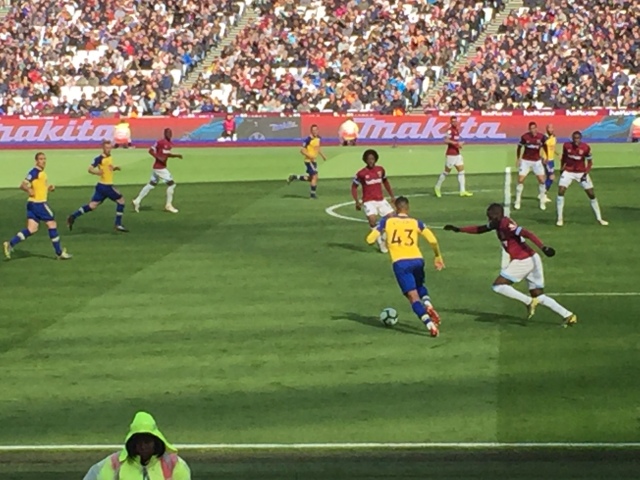 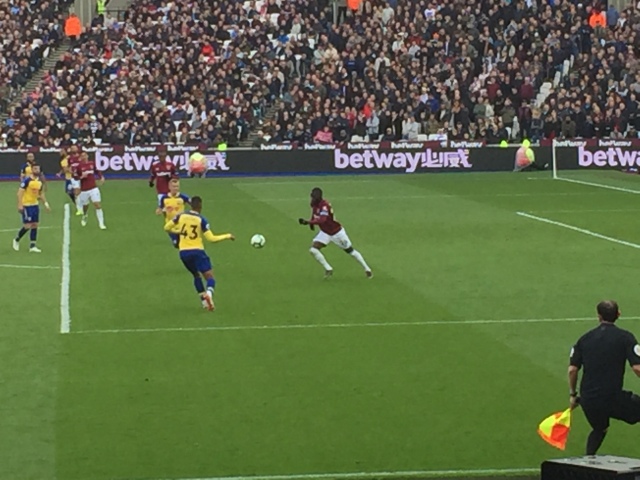 4 thoughts on “The Olympic Stadium and the Football Match”