We caught up on our Paris blogs and headed out for the afternoon. We decided that we would check out Harry and Sherlock. Of course we realize that they are not real people but based on the crowds that were hanging out at both, I don’t think that anyone actually cares!!

We took the train to King’s Cross Station which is where Harry Potter and his friends would head off to Hogwarts. They would leave with their possessions from platform       9-3/4 which looked like a blank wall to the Muggles. Being Muggles ourselves, we thought that we needed to check it out. And sure enough, there it was – a blank wall, a shopping cart halfway through and the Platform 9-3/4 emblazoned above it. There were many people standing in line waiting for their picture with the cart. However, my ingenious husband managed to get a photo of the iconic wall while the next folks in line were sorting out their costumes. It was all we needed or wanted and we left the end of the queue and headed off to see the next fictional character at Baker Street.

Sherlock Holmes lived at 221B Baker Street. This address actually does exist and is now a museum. Again, there was a long line of people in Sherlock and Watson costumes waiting to enter the museum.  Not really needing to see inside, we took some pictures of the street and of Holmes at the Baker Street Station. Isn’t it amazing how literature affects our culture!!

From there we walked through Regent Park, one of eight royal parks within London. Originally a royal hunting ground, this scenic park is a popular recreation area and  is the largest grass area for sports in Central London. We walked through the park smelling the very fragrant blossoms, watching the dogs playing with their humans and enjoying the serenity of the park. Once through the park we continued through the streets until we arrived in Camden Town. We weren’t really sure what we would see there but the streets have character and some pretty cute looking pubs. We stopped to have a drink while we waited out the rain that had been threatening all day. We finished up our drinks and as it appeared that the rain was not letting up, we made a run for the Underground Station across the street and headed back to our apartment – about an hour journey. It was a pretty fun day and we are finding London quite fascinating. Looking forward to another day of touring tomorrow.

Platform 9 3/4.  All you Harry Potter fans will understand. 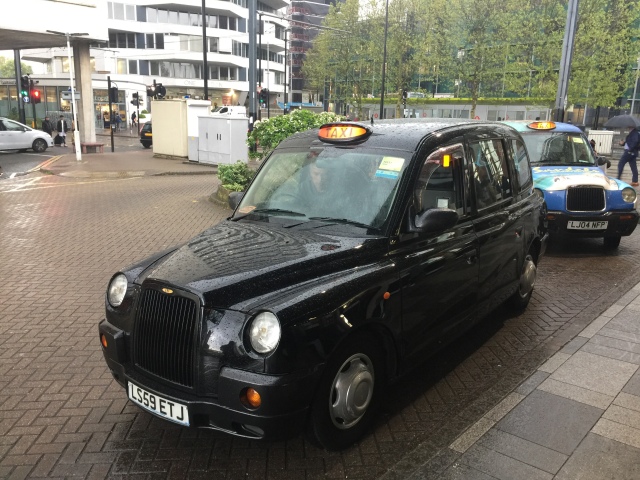 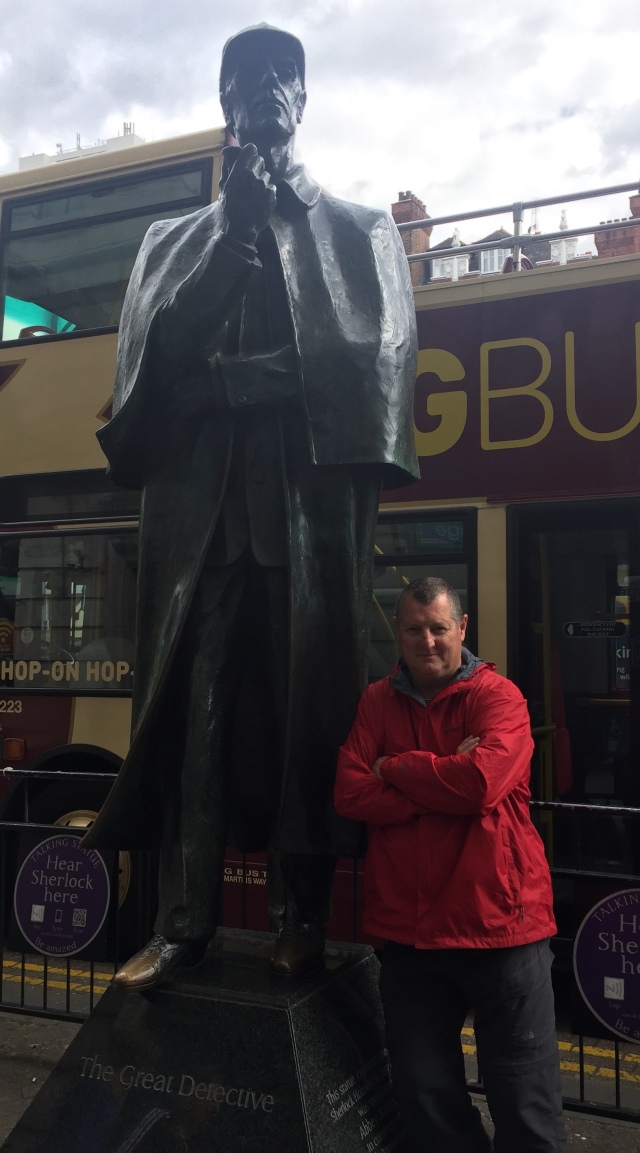 One thought on “Harry Potter and Sherlock Holmes”