The day was beautiful. The sun was warm. We headed out to take in some of the sights of Berlin and enjoy the day. The first stop was The Olympic Stadium, built in 1934 in order to host the Olympic Games of 1936. It was built on a grand scale to impress the world with the Nazi regime and the well being of Germany. The full scale sporting complex with a track field that could be used for mass rallies holding up to 500,000 people, also included a swimming and gymnastics center. 1936 was the year that African-American sprinter Jesse Owens’ historic four-medal Olympic victory shook Hitler’s theory of the superiority of the Aryan race. The updated and modern stadium now hosts FIFA World Cup Soccer events as well as large scale concerts seating up to 75,000 people.

After taking the audio tour of the Stadium, we headed back into the city and got off the train at the Tiergarten Station. We walked through the park towards the Victory Column. There were people cycling, walking, jogging, playing with their dogs and just enjoying the warmth and sunshine. Victory Column was built in 1873 to celebrate the Prussian victories over Austria and France. Though the column sustained some damage during World War II (you can see bullet holes along the base) it was one of the few icons that survived the final assault by the Allies on Berlin in 1945.

We continued through the park to the Reichstag which is the current seat of Parliament in Germany. The building was opened in 1894 and and used as the government house until 1933 when, after a fire (some say set by the Nazis themselves) forced them to convene in the Opera House across the street. During the war, the building was heavily damaged and left to ruin. It was not until the period of reunification in the 1990’s that the building was reconstructed and parliament again sat there for the first time in 1999. It is a beautiful building and a definite must see when visiting Berlin.

We headed for home but as it was still such a beautiful day, we stopped for a drink at a cute little corner bar with tables set up on the street. Enjoying the last of the sunshine, we ended up meeting with a couple of people from Toronto who were in Berlin on conference. As it is always great meeting people from Canada, we had a great chat, exchanged some travel stories and finally left them alone to finish their drinks. Later in the evening, we met a couple of guys from Saskatoon and Vancouver who were tending bar at the little restaurant down the street from us. What a great way to finish off a perfectly perfect  day!!

Olympic Stadium.  Of the Olympic stadiums we have seen on our trip this was the oldest and by far the most impressive. 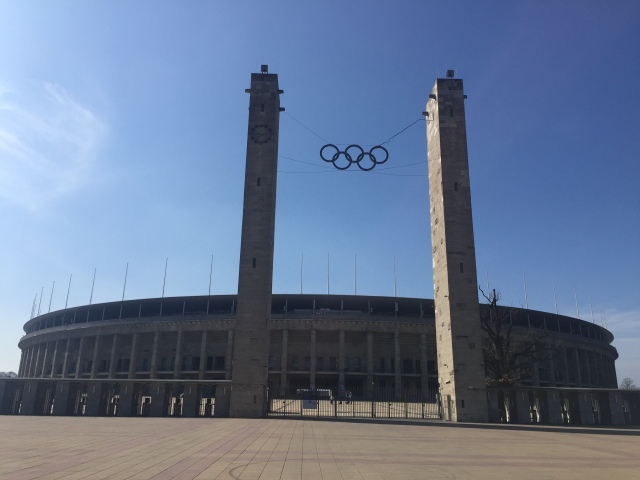 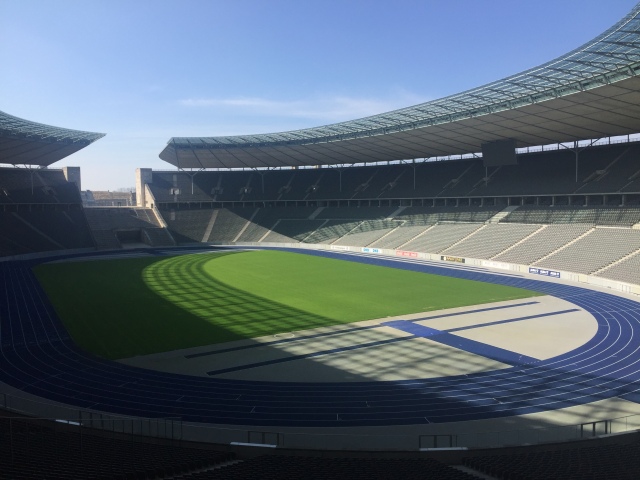 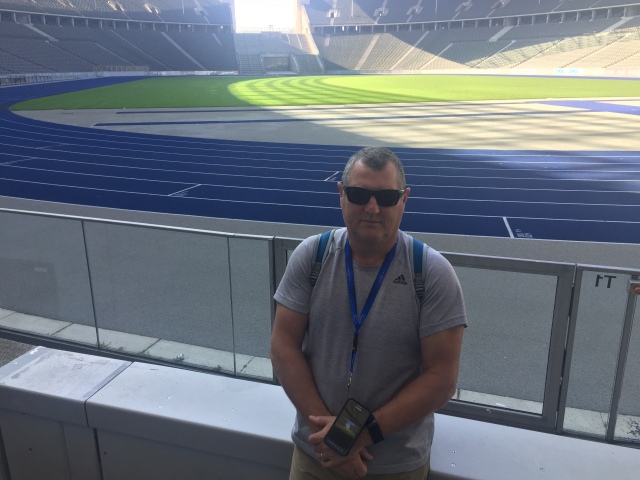 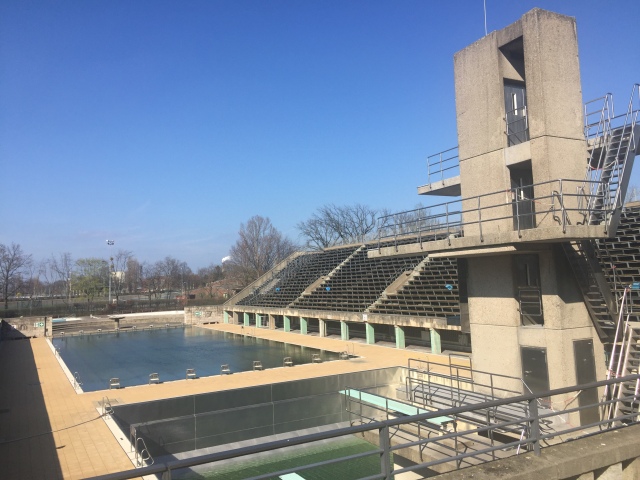 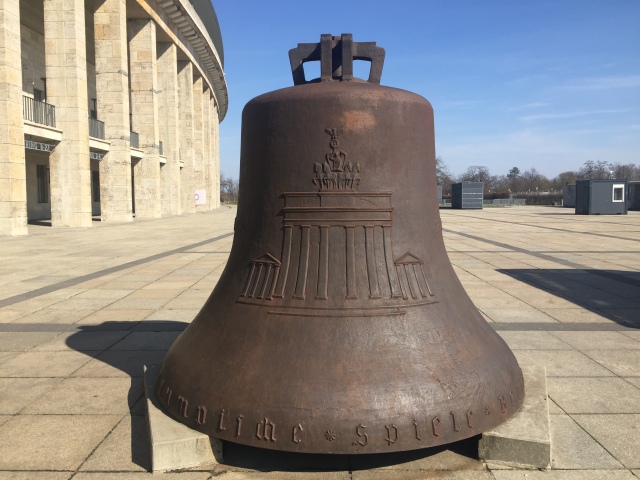 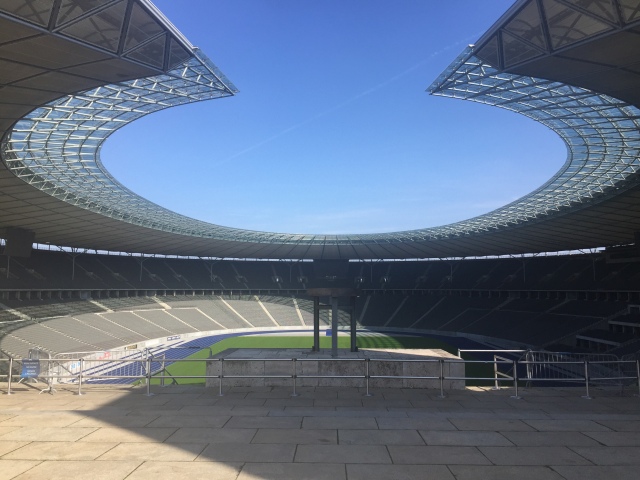 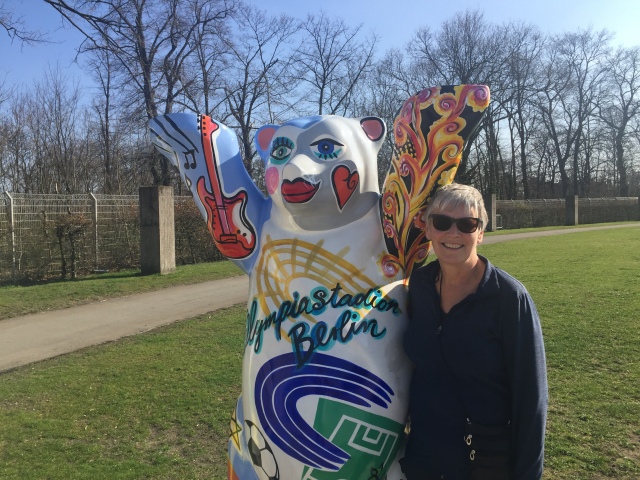 The Column of Victory. 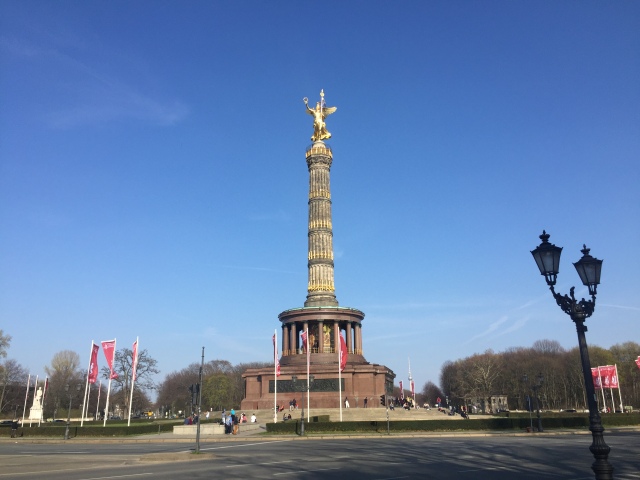 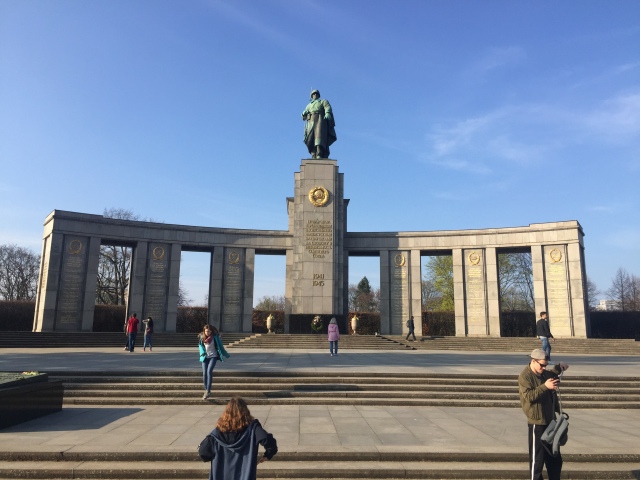 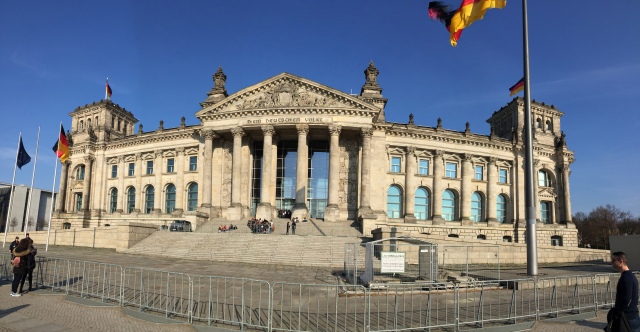 On our way back to our Airbnb we came across a football (soccer) game and stopped to watch for a while.  Obviously these guys were not professional players and members of some local club team,  but their skill level was quite high from my perspective and I really enjoyed watching them.  Much like so many Canadians who grow up playing hockey and continue long after their NHL dreams have died, so it is, I suppose, for a lot of average Germans. 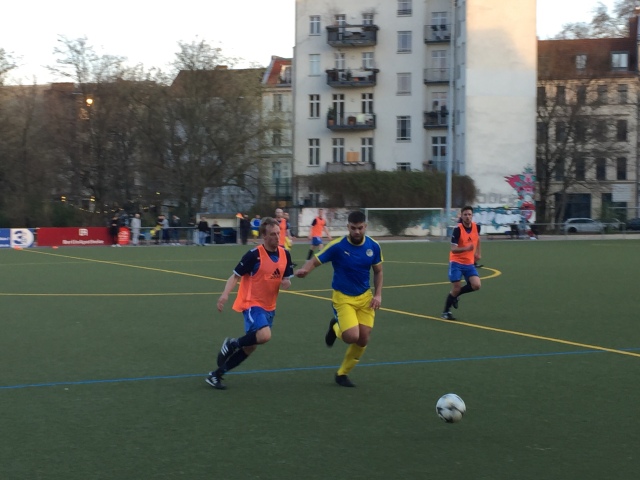