We arrived in Krakow Saturday around 5:30 PM. While at the train station, we booked our reservations to Berlin and then booked a bus for our trip to Auschwitz on Tuesday. After a bit of circling the station, we finally found our way out and headed to our Air BNB.  After dropping our bags, we went in search of some supper. We came across a Polish restaurant and had a wonderful meal of perogies. I think that these were the best perogies ever!!

Sunday dawned sunny and bright so we headed out to church. Richard found a nice, little church with an English mass about five minutes from our apartment. The church was small but very old and ornate. It was quite full and we spoke afterwards with a woman who is originally from Chicago but has been teaching in the International School here for 26 years. Along our journey, we have met quite a few international teachers from both Canada, the States, England and Australia. It seems like a wonderful way to see the world….

After church we had a bit of lunch and headed out towards the Old Square. There were lots of people on the streets and in fact, it appeared that there was a run of some sort taking place. Though I have tried to figure out what it is, I have not had any luck. It was not the marathon as that takes place in April. Regardless, there were lots of runners, young and old,  and I got tired just watching them!!

We wandered around the area, looking at the shops, watching the street performers and I chuckled to see Richard get super excited when he saw the booths of beer, hot wine, perogies and cabbage rolls. Of course, I was almost as excited to see the booths of chocolate!! Of course, later in the day we headed back there for supper and we were not disappointed.

Our first full day in Krakow was a lot of fun and we look forward to the next couple of days. Tomorrow we head to the Schindler Museum and Tuesday of course is Auschwitz. Definitely, more somber days ahead.

The Perogie dinner we had upon arrival.  As Col said, may have been the best perogies ever. 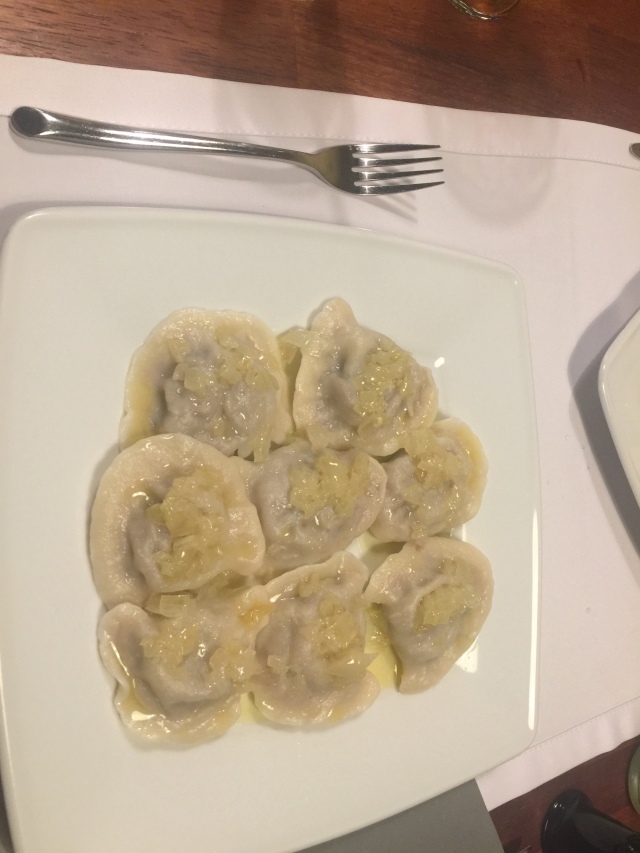 The little Church where we attended Mass Sunday morning.

A sunny walk through the neighbourhood. 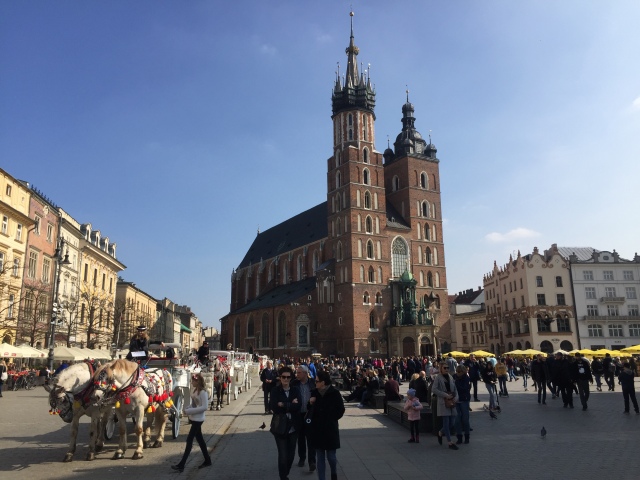 The food court.  I think the pictures say it all…. 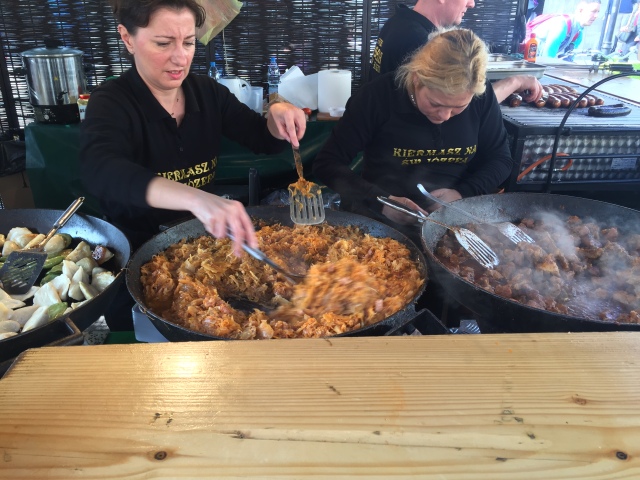 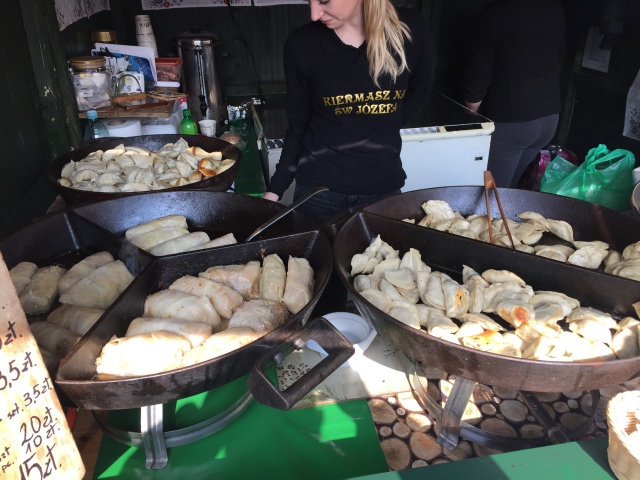 It’s no big deal to have a booth that is selling chocolate, but when the chocolate is in the shape of tools, well that is something different. 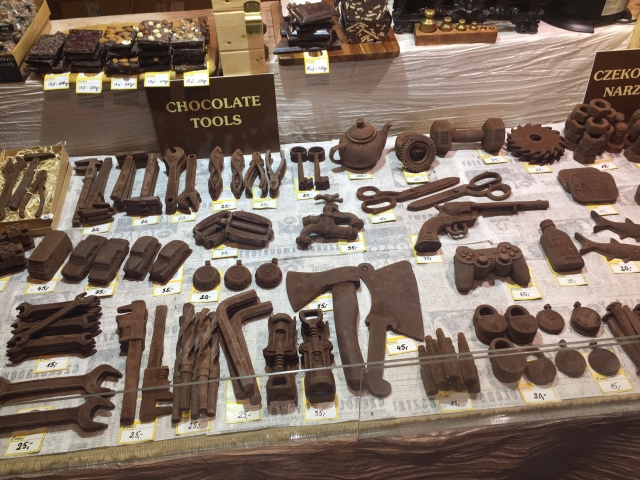 We went back to the food court later that day for supper and they had some local entertainment on stage.  It was nice to see the older people really enjoying the music.