We spent the morning researching a couple of day trips out of Munich and then headed back to the train station to get our day of exploring started. It is taking us a little while to get used to the public transit – partly due to the language barrier but also the extensive network of rail lines and modes of transport. There are tram lines, bus lines, train lines – regional, local, long distance – single tickets, group tickets, day tickets, zone tickets – which to choose? Today we settled on a group, one day ticket to get us over to the Marienplatz, established in 1158 as the main square of Munich Old Town. Around the square are a number of churches, markets, high end shops and of course restaurants. We had a lunch at a nice little beerhouse just down the street from the train stop. We each had a schnitzel and a local beer, both very good. (Last night, after we had settled in at our BNB, our hosted suggested a beerhouse down the road. This one actually had long tables where everyone just sat together. It was very large with a large outdoor area as well. Mostly just the smokers outside as it was a little chilly).

The old town of Munich looks like a calendar picture or puzzle.  For the most part, all the buildings are joined together. Churches attached to restaurants, attached to stores, attached to another church. Rooflines are different, color of buildings are different but they share a wall. Our first stop was The Holy Spirit church conveniently located around the corner from our lunch stop. The outside is very unimposing but the interior was beautiful!! We found the architecture slightly different than the churches in Italy – more ornate but with a more simplistic design. This pertained to all the churches that we saw today. Most of them are large and beautiful. The exception to this was the Church of Asam. It is a little smaller and stuffed between a couple of shops. A wedding was just letting out when we arrived so we waited until the church emptied and slipped inside to take a peek. OMG!! Absolutely stunning! It was built by two brothers – one a sculptor and the other a painter – in 1746 for their own use. They certainly did not scrimp on materials or worry about the over the top design. We only had time for a couple of pictures as mass was starting but I am sure that they will not do it justice.

Today we also spent time in St. Peter’s, the oldest church in the district and climbed the bell tower there to look over the beautiful views of Munich. We walked along the Odeonplatz to the 17th century Theatine Church with its matching domes and beautiful artwork.  The largest church in Munich is Frauenkirche, with a couple of onion shaped domes that hover over the city at 109 meters. No new building within the city is allowed to exceed this height. Beautiful artwork, altars, choir stalls and a large pipe organ round out this amazing church.

We made a stop at the large outdoor market with over 140 stalls of fresh produce, meats, beverages, baked goods, cheese, oils and of course wine. We picked up some fruit and baked goods and thought that the day was complete.

We headed back to the BNB to settle in for an evening of relaxation and maybe a movie. Hoping for another nice weather day tomorrow as we head out to Dachau and the original prison camp established by Hitler. Should be an emotional day.

One VERY important point that Col did not mention is that Munich is the Beer Capital of the World and just down the road from where are staying is the Largest Beer Garden in the World.  Needless to say I / we will be making an appearance. 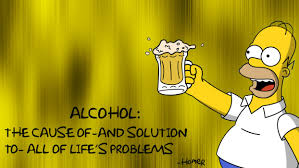 PS:  The food in Germany is not very good.  Not very good for my health that is.  Wow…  I love the food here.  I have already had schnitzel twice and there are so many other wonderful things to eat.  It kind of tastes a bit like home after five months of traveling and I am  looking forward to sampling a few more delicacies in the next few days.  Now I know why Evelyn Roer is one of the best cooks in Manitoba……