After having a pretty low key day yesterday, we decided that we better step up our game and go see some sites. We are only here for another couple of days and we would hate to miss something!!

Off we went to the Basilica of Santa Croce (Holy Cross). However, we had to detour to see the Bronze Pig at the Nuevo Market. We had passed there a couple of days ago but missed the pig somehow. Today, Richard was very fortunate to touch the pig and get his picture taken with it. Whatever it takes to keep the guy amused…..

We travelled over some more familiar territory and reached the Ponte Vecchio which we had crossed on “Our Day in Florence”. Although the crowds were much larger than they had been on Wednesday, we followed the walkway along the Arno River enjoying the sunshine and admiring the beauty until it was time to turn back into town to get to the Basilica.  We navigated a couple of narrow streets and came out into the Piazza de St. Croce. The Basilica, built in 1212, is massive and is perhaps best known for its art displays, architecture and all the prominent people that are buried within – Michelangelo, Galileo, Machiavelli, and Rossini to name a few. The walls are covered in frescoes and Renaissance art and there are statues and crypts everywhere. Considered to be the largest Franciscan church in the world, there are 16 chapels surrounding the nave. Well-to-do families typically had chapels built and decorated in their honor (and often to appease the church or seek forgiveness for sins they were unwilling to stop committing) and dedicated to a favorite saint. From the main church we followed the route into the Sacristy, the Museum, the Cloisters and the outdoor Colonnade. As the church was actually built on low, swampy land, it has been prone to flooding. The worst flood was in 1966 and many of the art works were heavily damaged or destroyed. It has taken many decades to restore these works back to original condition. We had to pay to enter this church and though it is quite beautiful, we thought that we have seen many more magnificent churches along the way that have been free of charge. Of course, it is the infamy of the residents therein that give this church its massive tourist appeal.

We had a quick lunch of homemade ham sandwiches on the steps of the church and then headed to the other highlight of the day – The Galleria dell’ Accademia where Michelangelo’s original Statue of David resides. Even though that is the main draw, there are many other artworks and displays to see within this gallery. There is an exhibition of musical instruments dating from the 15th to 17th centuries. The first upright piano is displayed there as well as harpsichords, violins, wind and percussion instruments.  I enjoyed this section immensely and it was fun to note that other than the piano, not much has changed with the other instruments. We wandered through a couple of rooms viewing the artwork before turning the corner into the gallery where your eyes are instantly drawn to David at the end of the room. He is majestic! Though I know nothing of art, I can see how the well defined the lines are and the detail throughout the entire figure.  We stood for many minutes just gazing on this very famous work and again, considering ourselves so very lucky to get to see it. Definitely a memory of a lifetime.

As it seemed too early to go home, we found a cute little cafe around the corner from the art gallery and sat down to enjoy the sunshine and a drink.  We watched the people go by and chatted about the day, but all too soon the sunshine disappeared, the air started to turn chilly and it was time to head home. But not before enjoying another wonderful day in a wonderful city.

In light of how many Churches and Museums we have visited, I have tried to focus the pictures on things that are unique compared to what we and you have seen so far.

My Lucky Pig.  Just like Homer from the Simpsons I found my pig.  Of course those of you who have not watched the Simpsons will not get this.

The tomb of Galileo.

The tomb of Leonardo Da Vinci. 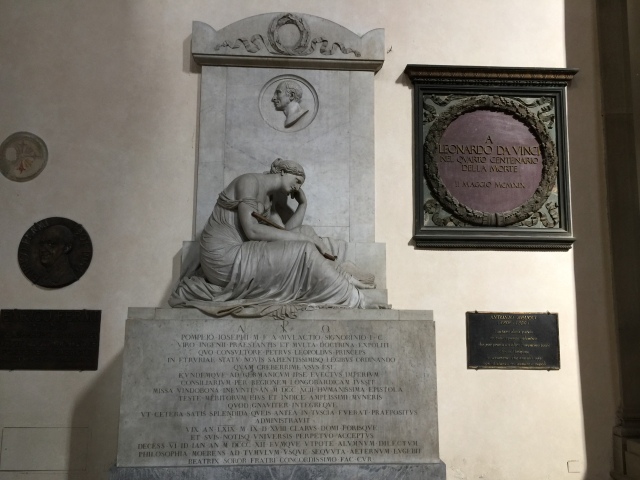 The tomb of Michelangelo..

Although this painting of the Last Supper is not from Leonardo Da vinci it was still quite impressive.  Leonardo’s painting is in Milan. 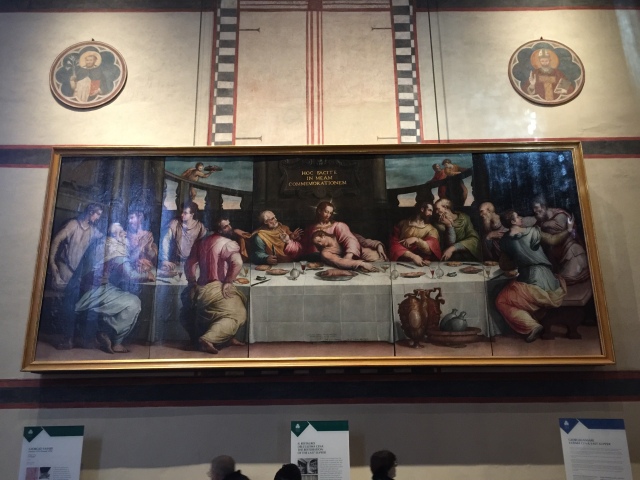 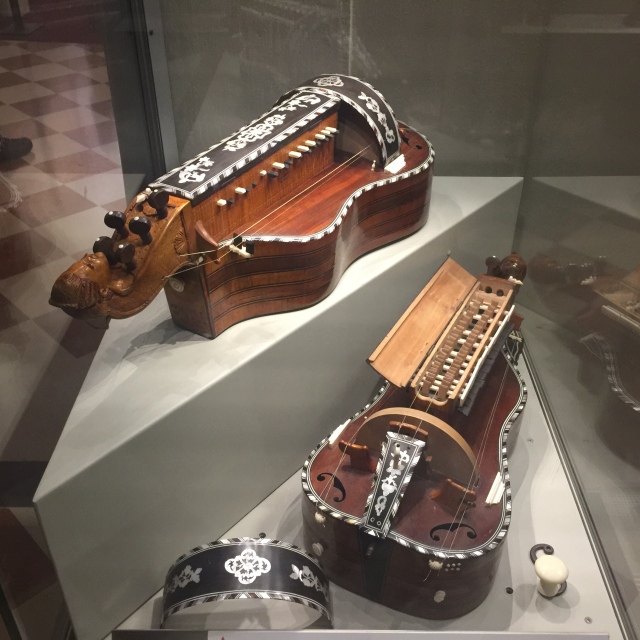 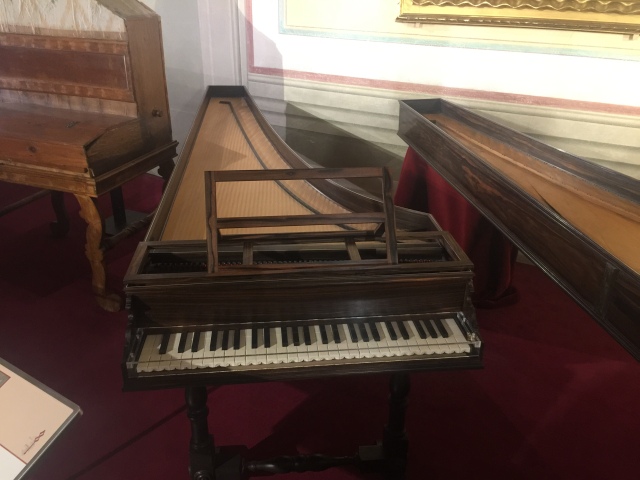 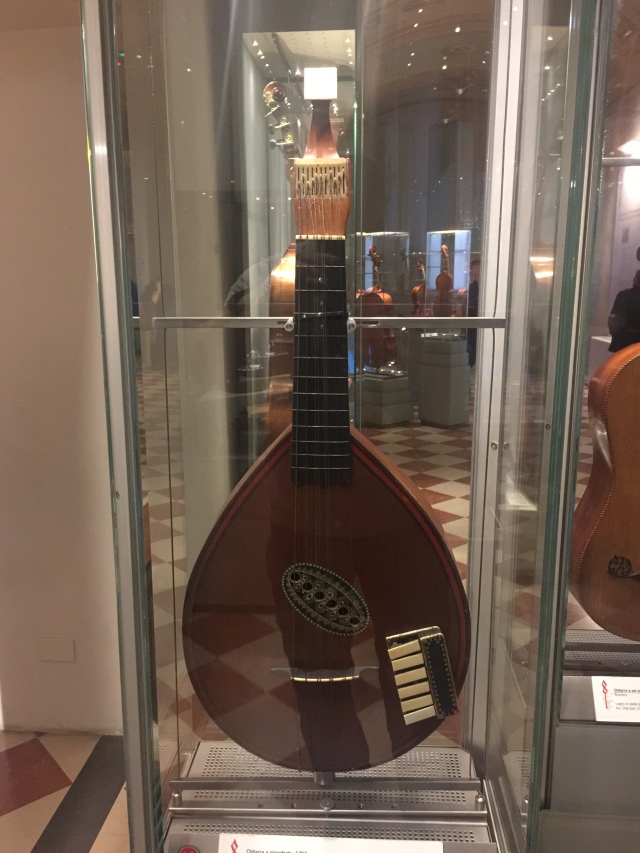 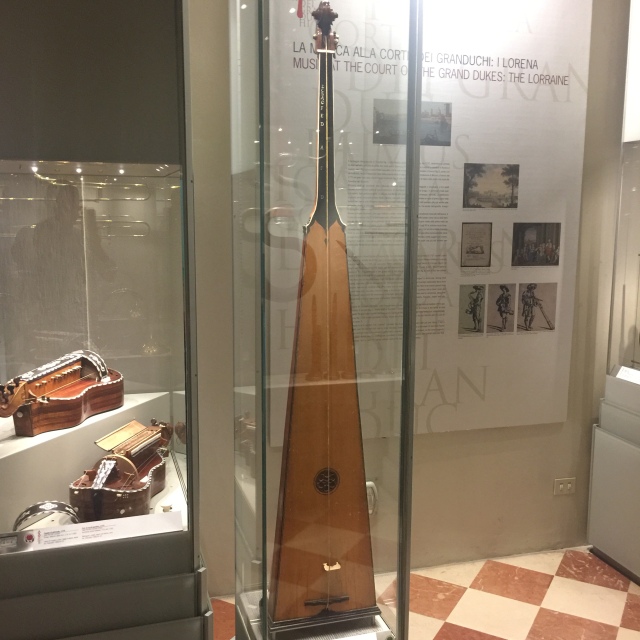 A Stradivarius Violin, what more can you say. 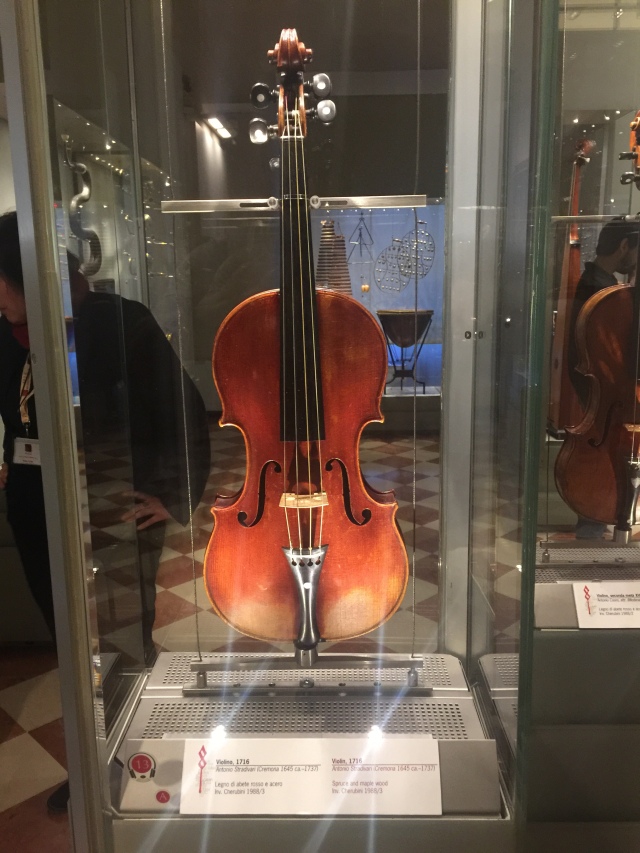 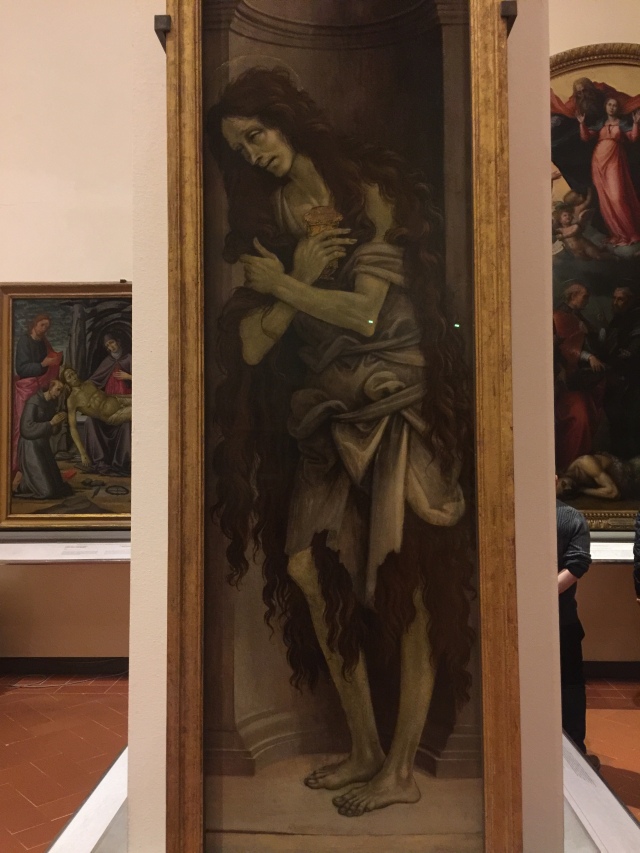 David.  The statue of David was the one thing that I was looking forward to in Florence.  When we turned the corner in the museum and the statue of David came into light you knew you were looking at something very special.  As others were doing, once we had taken our  pictures we just sat and marveled at what Michelangelo had created.  Again, it is something you have to experience for yourself.  Words fail….. 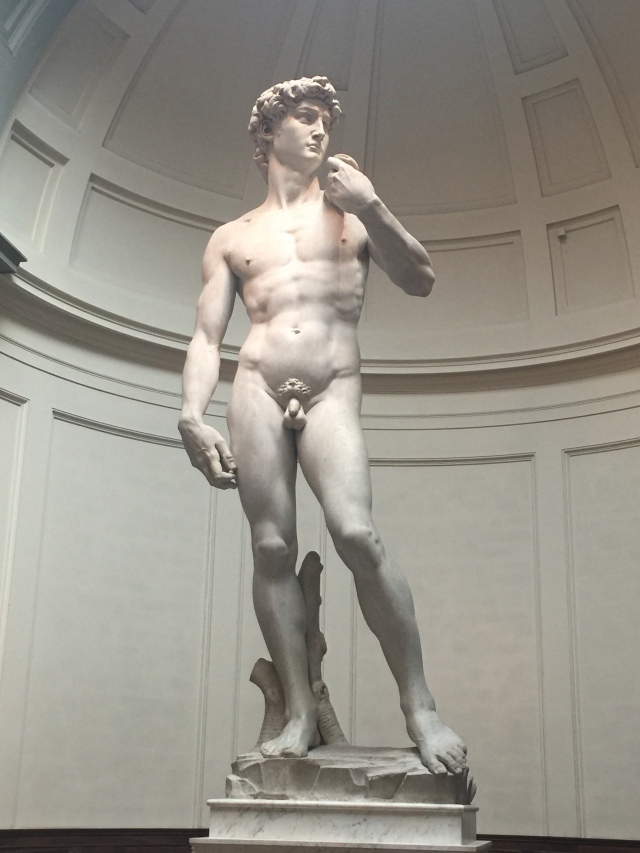 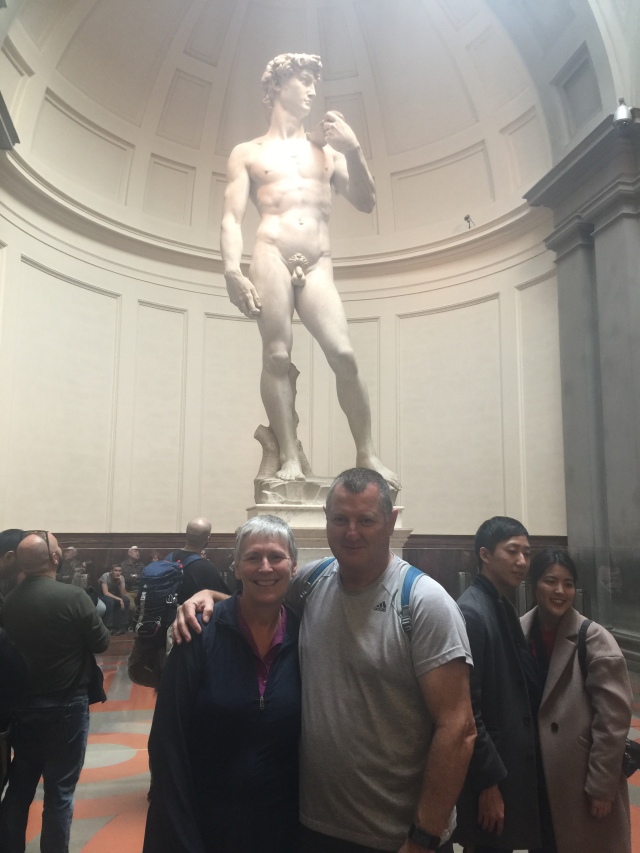 As Col said we finished off our day with something to brush the trail dust off.

My sister Claire said she like the slide shows so I thought I would try to include one on each blog if possible.  Seeing as Claire is the baby of the family and gets pretty much whatever she wants I figured I better comply.

2 thoughts on “David and Santa Croce”