We arrived at our BNB in Nice, France on Saturday morning after taking a very early flight out of Barcelona. Our hostess was very gracious and let us in early, providing us with a breakfast of croissants and coffee and leaving us with some travel tips for the area. We settled in and even though it was raining, we grabbed our umbrellas and rain jackets and headed off down the alley to see if we could find the supermarket. The streets were busy with Saturday shoppers lining up at the butcher shops, fish vendors, spice markets, vegetable stands as well as for staples such as shoes, sweaters and other clothing. We made our way through these crowded, narrow streets, bumping into people with open umbrellas and shopping trolleys. We found the supermarket, bought a few supplies for the week and returned home through the shopper gauntlet. Richard headed out later in the afternoon to grab us a hot, cooked chicken (we had seen them earlier in the street) and ran into a Yellow Vest demonstration. He says that they were singing, dancing and marching but he walked through their parade to fetch the chicken. He was not harassed or beaten and made it home safely.

We started the day on Sunday by going to church at the Cathedrale Sainte-Reparate, more commonly known as the Nice Cathedral. This Baroque style church was built between 1650 and 1685. The French mass was filled with music as much of the service was sung. The large pipe organ was used for the opening and closing hymns while the rest of the worship was conducted from a smaller organ near the choir and altar ?. Though we understood very little of the liturgy, we found the entire service quite wonderful. We spent some time after mass admiring the church and later found out that this cathedral is on the “must see” attractions list in Nice. We may have to go back later in the week to take a better look!! We spent the rest of the afternoon, researching cities and transportation for the next portion of our journey.

Today we walked out our front door with no real plan in mind and started walking towards Castle Hill. Though nothing remains of it, the Castle of Nice was a citadel used for military purposes. Built at the top of a hill, it stood overlooking the bay of Nice from the 11th century to the 18th century. The climb to the top was not terribly taxing as the slope is gradual and there are many switchbacks. There were also many places to stop and take in the breathtaking views of the Mediterranean and the Promenade des Anglais below. The day was beautiful – 15 degrees and a clear, blue sky (sorry Manitoba), so we spent a lot of time just enjoying the sunshine and the warmth. We descended the hill and walked along the Promenade, listening to the waves crash along the beach and watching a few people attempt a swim. We stopped for a snack and a drink at a cute little seaside restaurant, walked another kilometre of the 7 kilometre promenade and headed for home. We stopped at the tourist centre to ask about buses to Monaco as our plan was to travel there tomorrow. We were given the information that we sought but were told that the buses and trams would be on strike tomorrow. Damn those Yellow Vests!! So, we’ll have to come up with a new plan for tomorrow – maybe another stroll along the beach and a picnic lunch. Doesn’t that sound nice? 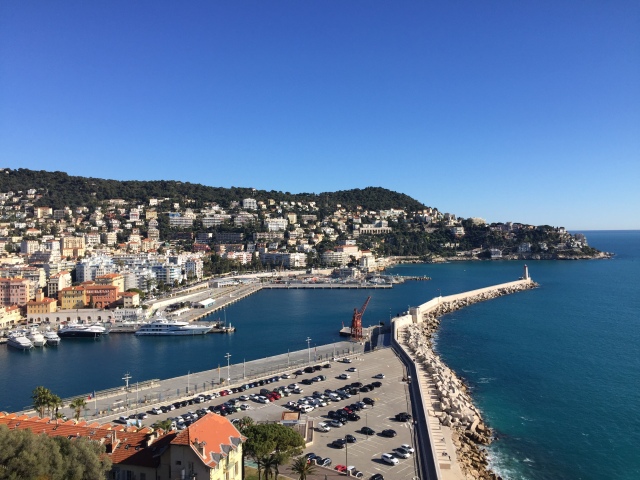 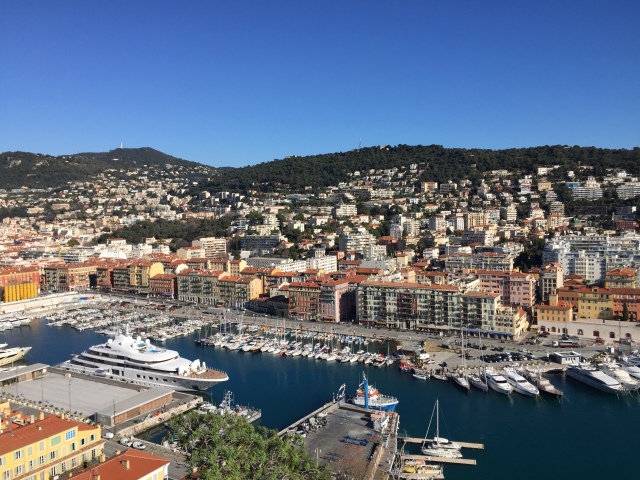 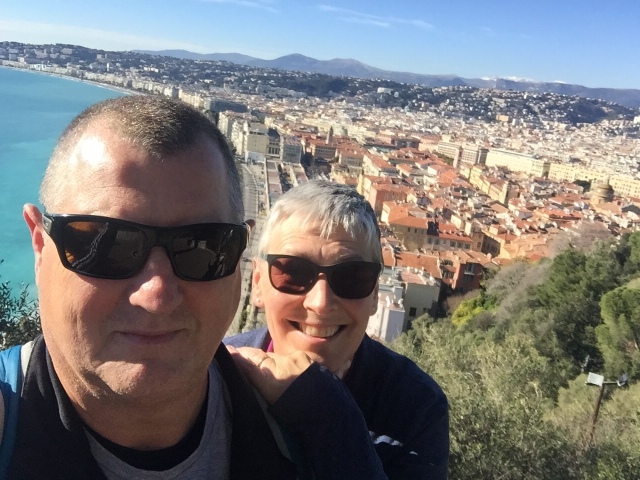 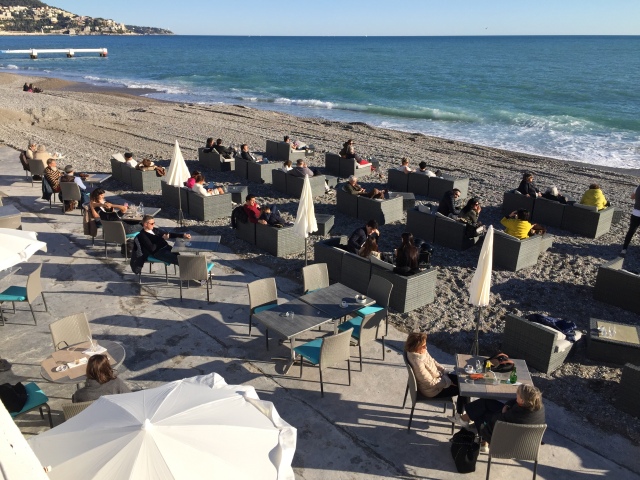 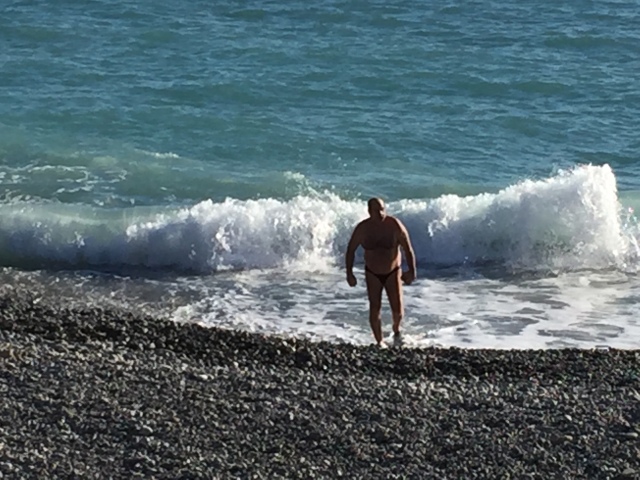