We sadly left Lisbon Wednesday morning and arrived in Barcelona later that afternoon. For whatever reason, we ended up taking the wrong exit out of the arrivals gate and completely missed  the  luggage carousel. We had to work our way back in to the baggage area but other than being delayed a half hour or so, we still managed to catch the subway into the city and arrive at our BNB before dark. And what a beautiful apartment!! Probably one of the nicest that we have stayed at so far.

Today we took the metro to La Sagrada Familia, the most popular tourist attraction in Barcelona. Walking out of the subway, you immediately see why this is so. The structure is huge and so very different from anything that we have seen so far. The Basílica is a large unfinished Roman Catholic church, designed by Catalan architect Antoni Gaudí. In fact, there are many buildings in Barcelona that were designed by him. The project was started in 1882 and at the time of Gaudi’s death in 1926, the building was only a quarter complete. After a number of work stoppages over the years, the building is slowly getting to the final stages, It is anticipated that the building can be completed by 2026—the centenary of Gaudí’s death. We did not take a tour inside today but plan to buy tickets online tonight and take the tour tomorrow.

We got back onto the subway and rode a couple more stops to La Pedrera – the home of the aforementioned designer Gaudi. Another odd looking building but we took some pictures and started to walk towards the Gothic Quarter. Along the way we saw the outside of the Casa Batllo (another Gaudi creation with a large entrance fee), the outside of La Catedral (a beautiful church but they were also charging an admittance fee so we could not bring ourselves to pay it after seeing so many FREE churches along the way). walked past the Museu Picasso (sorry Leah!), and stopped for a few minutes at the Placa de Catalunya (the centre of the city and the beginning of the Gothic Quarter) where Richard thought it would be fun to film the pigeons – EWWW!! We continued down La Rambla, a very touristy, esplanade that ends at the Columbus Monument by the Mediterranean. The monument is a tribute to Columbus’ first voyage to the Americas and was erected in 1888. We sat for about a half hour at the wharf, enjoying the sunshine and watching the boats come in and go out.

As the sun started to sink  in the west, we headed for home, happy that we had another wonderful day enjoying this beautiful planet….and the dream continues…. 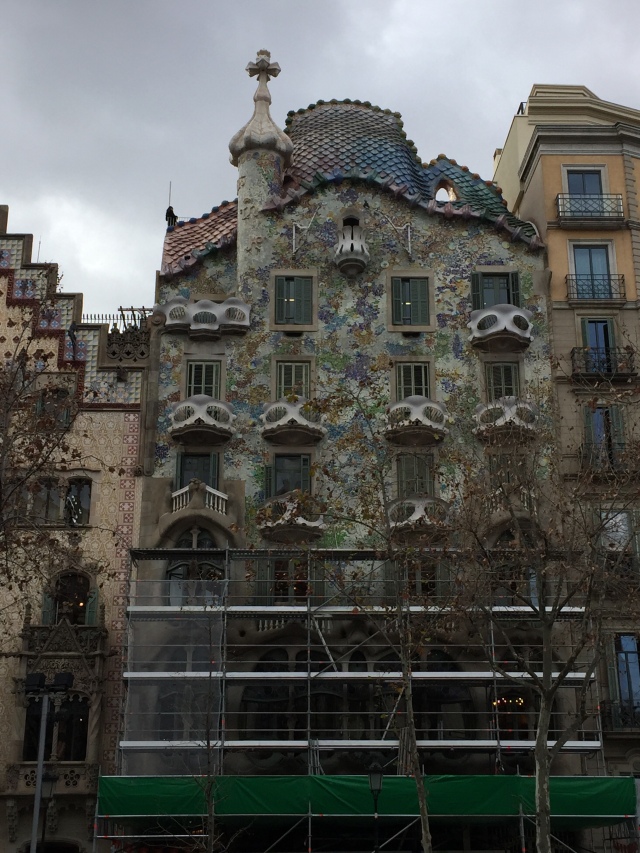 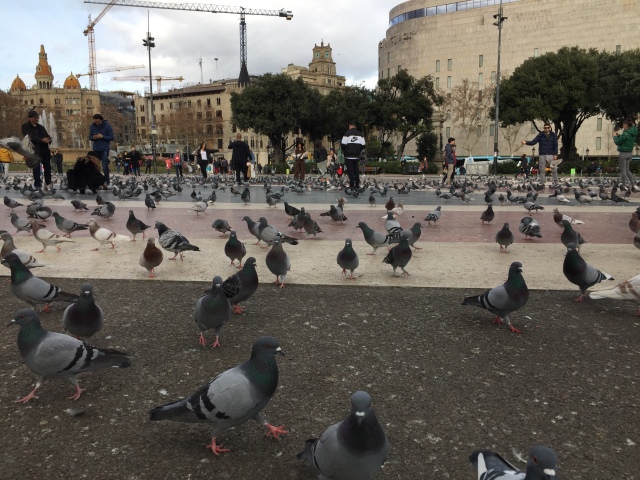 One thought on “Barcelona, Spain”