After settling into our apartment Col and I managed to get a bit of sleep and headed out just before noon to do a bit of exploring.  Our host left us with a small list of attractions that were within walking distance.  All told by the time we arrived back at the apartment we had covered around eight miles.  I have to admit that I was a bit apprehensive stepping out into strange city in Africa for the first time, but lucky for me Col with me to protect and guide me.

A city is a city most everywhere you go.  People are busy eking out a living doing what they do and Cape Town does not seem to be the exception as the population seems friendly and welcoming.  We walked through Company Gardens on our way to the city centre which is full of beautiful plants, trees and birds along with an array of museums and galleries.   The Company Gardens gets its name from the VOC which was the Dutch East India Trading Company which landed at the Cape in the 1600’s.  The gardens were initially started as a source of food for the ships who would stop to re-supply on their way to India.  Cape Town was roughly half way between the Netherlands and India which made it an ideal location to replenish the ships with supplies as they travelled in both directions.

As we entered the down town area we came upon a group of young people singing and dancing for tips and right next to them was the Anglican Cathedral of St. George which was home to Bishop Desmond Tutu. He was awarded the Nobel Prize for Peace and was also a close friend of Nelson Mandela who also happens to be a winner of the Nobel Prize for Peace.  There ends the history lesson for today. 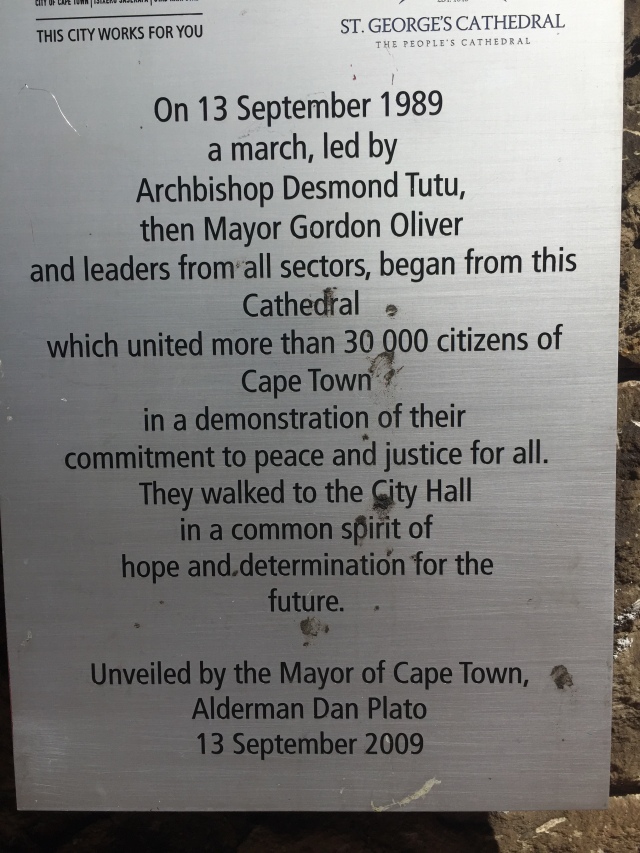 We enjoyed a relaxing lunch at one of the local restaurants and moved on to visit the old Castle / Fort that was built by the Dutch East India Company in the late 1600’s.  I found the castle / fort very interesting in light of the fact that my favourite author Wilbur Smith has written many books in which the fort has been spoken of in detail.   In the background of one of the pictures you can see Table Mountain which is the most iconic landmark in South Africa.  The name comes from its very flat surface, flat as a table. 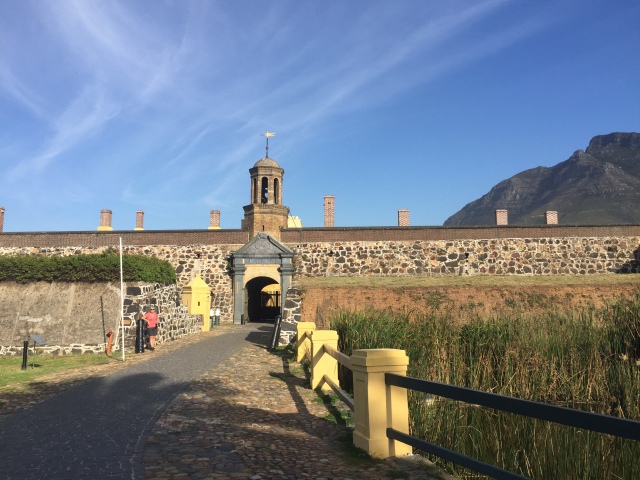 To end this post I thought perhaps I would start something new by adding a bit of culture for the Beer Connoisseurs out there.  I will endeavour to provide pictures of all the local South African Beer I will be privileged to sample.  Let me start with these.

Until next time, this is Richard filling in for Colleen Wileman.

5 thoughts on “Walk Around The Cape”