For a day that started without any plans, we managed to fill it up pretty well. We had been wanting to go to a Maori hangi and show while we were here. Our hostess Su suggested that we try Mitai as she had heard good things about them. We read the reviews, liked what we saw  and booked them for their evening show and dinner. While we were booking, we also booked our BNB for two nights in Auckland, 10 nights in Capetown and a flight from Capetown to Johannesburg. Quite a lot accomplished in one morning!! Looking for something to do for the afternoon, Su’s other guest Plamy, a lovely young lady from Auckland, suggested that we go to the lion park just up the road. What?!?! A lion park up the road – what are we waiting for? And it was indeed just up the road – maybe 5 kms from where we are staying – Paradise Valley Springs Wildlife Park. It was actually a beautiful park with lots of trout streams, birds, ducks goats, pigs, sheep, wallabies, deer, a miniature horse and of course, the lions. There were eight lions in total – 3 males and 5 female. It was feeding time so they were all along the fence waiting for dinner. It is the first time Richard and I have ever seen a real lion up that close. What beautiful animals! What big paws they have! What big teeth they have!! When they roar, it gives you shivers down the spine. Thankfully there was an nice big fence between them and us. We spent about 30 minutes or more at the lion enclosure before heading back to the suite. We had to get ready for the hangi!! 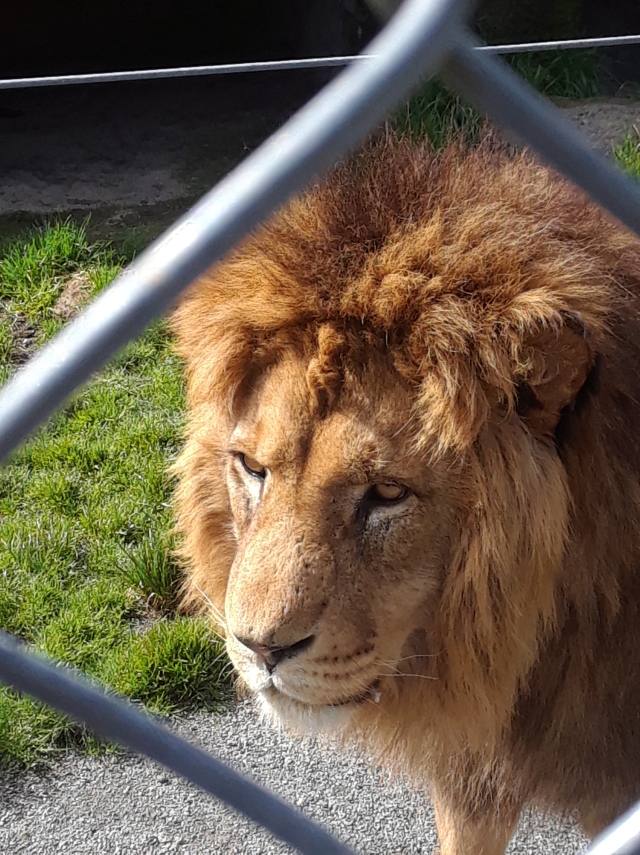 Mitai Maori Village did not disappoint. It was a combination of walking through the village listening to a commentary, watching a solemn peace offering ritual, a show of song, dance and war chants and of course, the hangi (fabulous meal). As we were walking around the village, we found ourselves at the front of the line talking to the guide. Of course he and Richard were teasing each other back and forth and the next thing you know, the guide is calling him Chief Richard and telling him that he will be taking part in the welcoming ceremony. Was he joking? On the contrary – Richard was indeed appointed Chief of our Tribe of Many Nations and was taking part in the very solemn peace offering ceremony. The attached video says it all and as the Chieftess, I was very proud. We have also attached some video of the show and pictures of the feast. It was a wonderful night!! 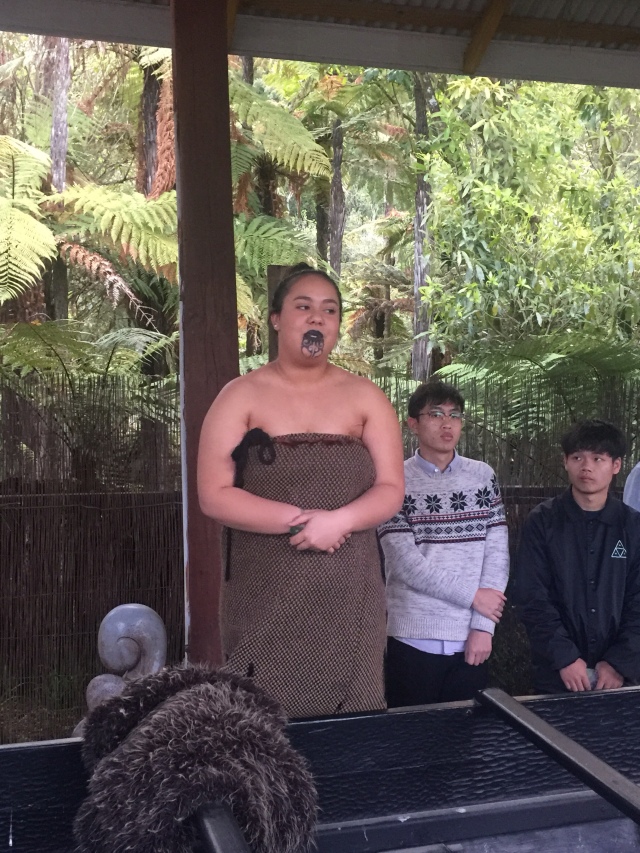 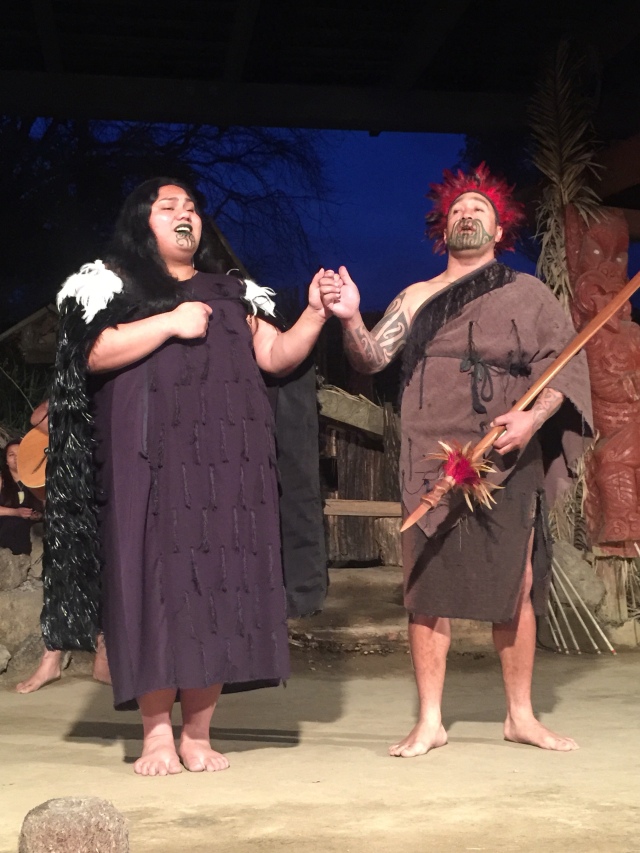 So, off to Hobbiton and the Glow Worm caves today. Should be a great day!!

4 thoughts on “Chief Richard and a Pride of Lions”